Collie Eye in the Hokkaido

So it seems that CEA, or Collie Eye, is an issue in the Hokkaido. Speaking with Hokkaido Ken Hozonkai members, they say they've never seen or heard of the issue, so I think it's just lack of awareness and then being able to diagnose it if they do see it. Or perhaps it's just something else altogether.

The issue was brought to my attention by another member of the Nihon Ken Forum, who linked this study done by Kagoshima University here in Japan http://www.ncbi.nlm.nih.gov/pubmed/22051190

Some testing done on two recent exports from Japan to Europe showed both dogs to be carriers, which would seem to add to the assumption that it is a problem.

At least as far as genetic diseases go, it's doesn't freak me out as much as say, seizures or neurological issues. Only some dogs actually show symptoms, and even in them, severity varies. 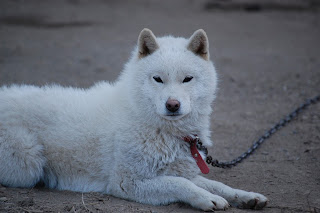