I moved out of the heart of Tokyo in February 2013, and landed here at the bottom of the Boso peninsula, in the middle of the mountains. I rented a little house that was so run down that the bottom 30cm of the supporting beams on the outside of the house had disintegrated. The roof leaked, the floor was rotten, there were (and still are) gaping cracks to the outside world, it was a nightmare. But there was something about this little place. It had character, which is very lacking in houses in Japan. Well a year later, it's still a work in progress, but it's coming together. 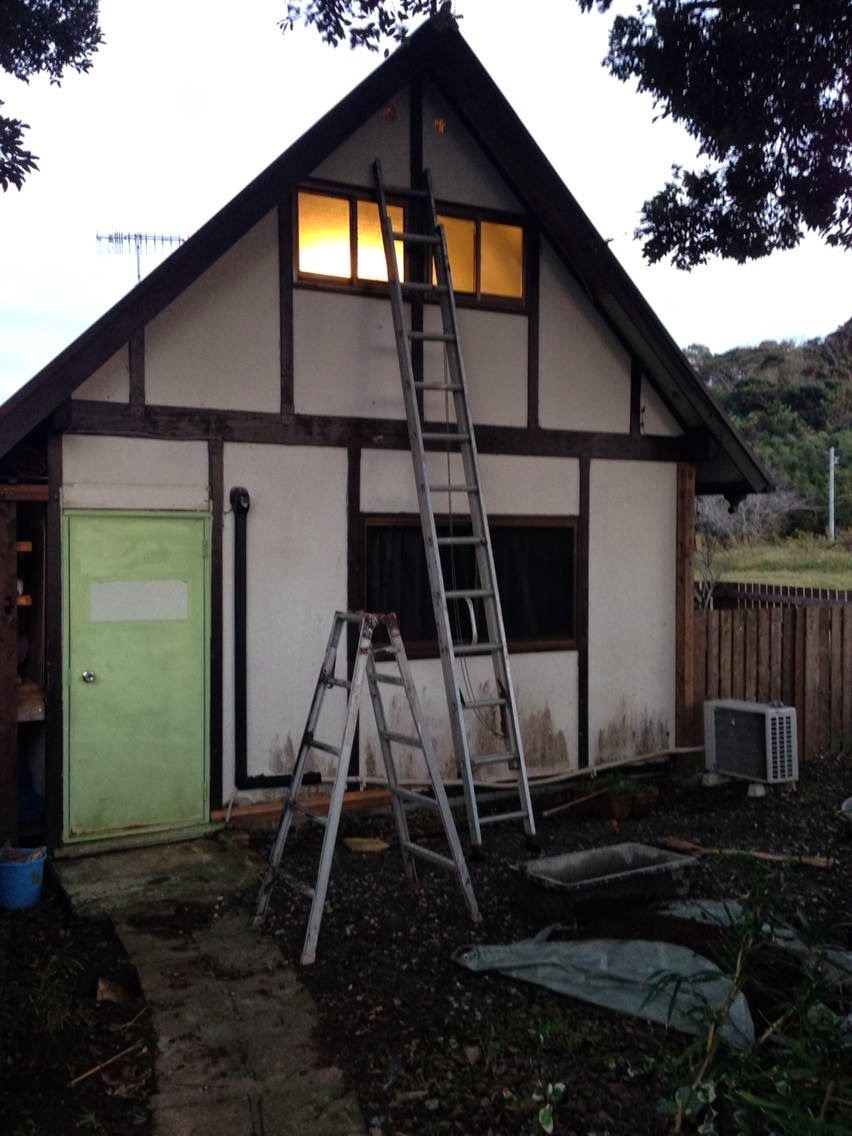 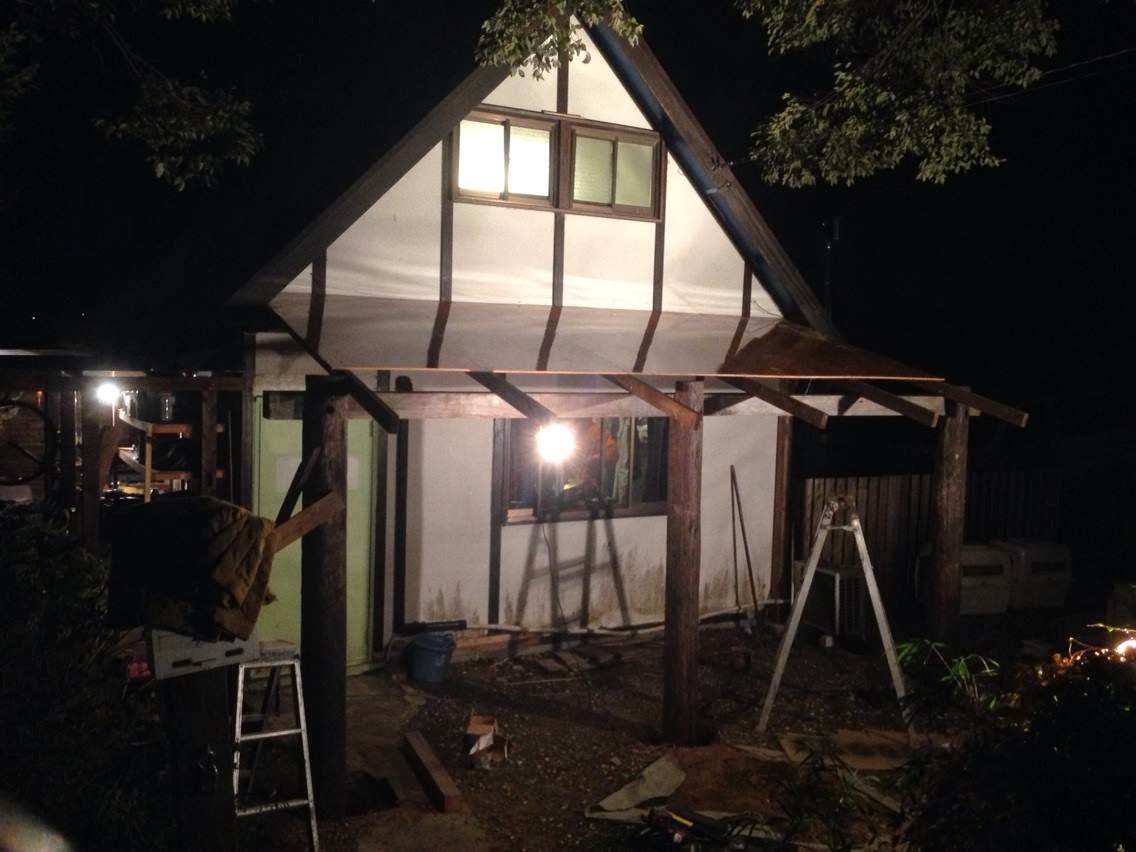 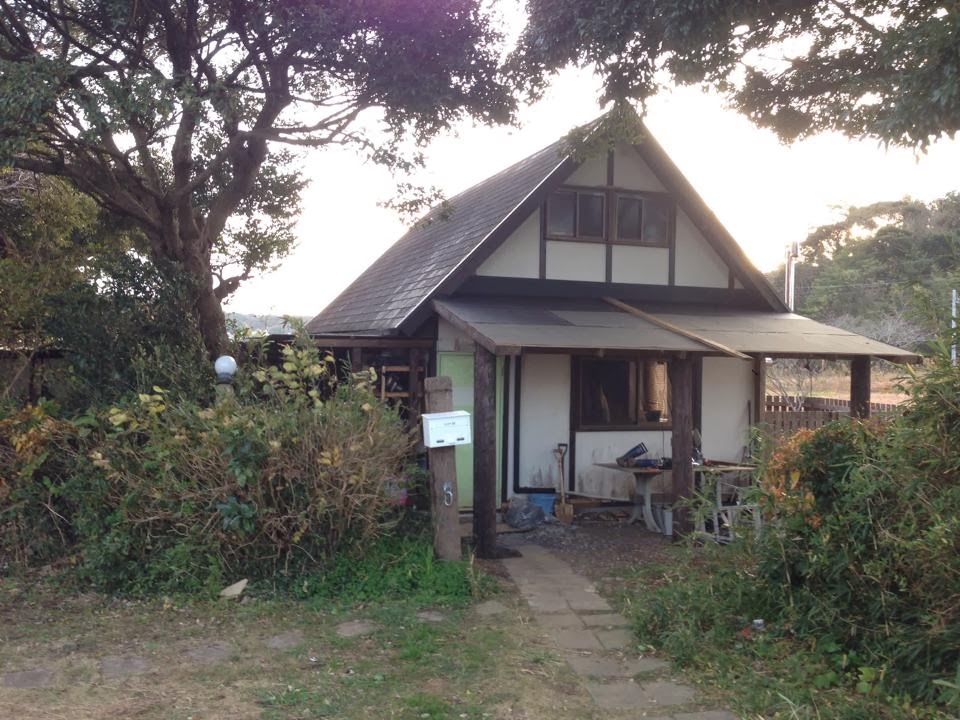 We're still clapboarding all the walls, and building a porch. That's our current project. And of course we have to do something about that green door. 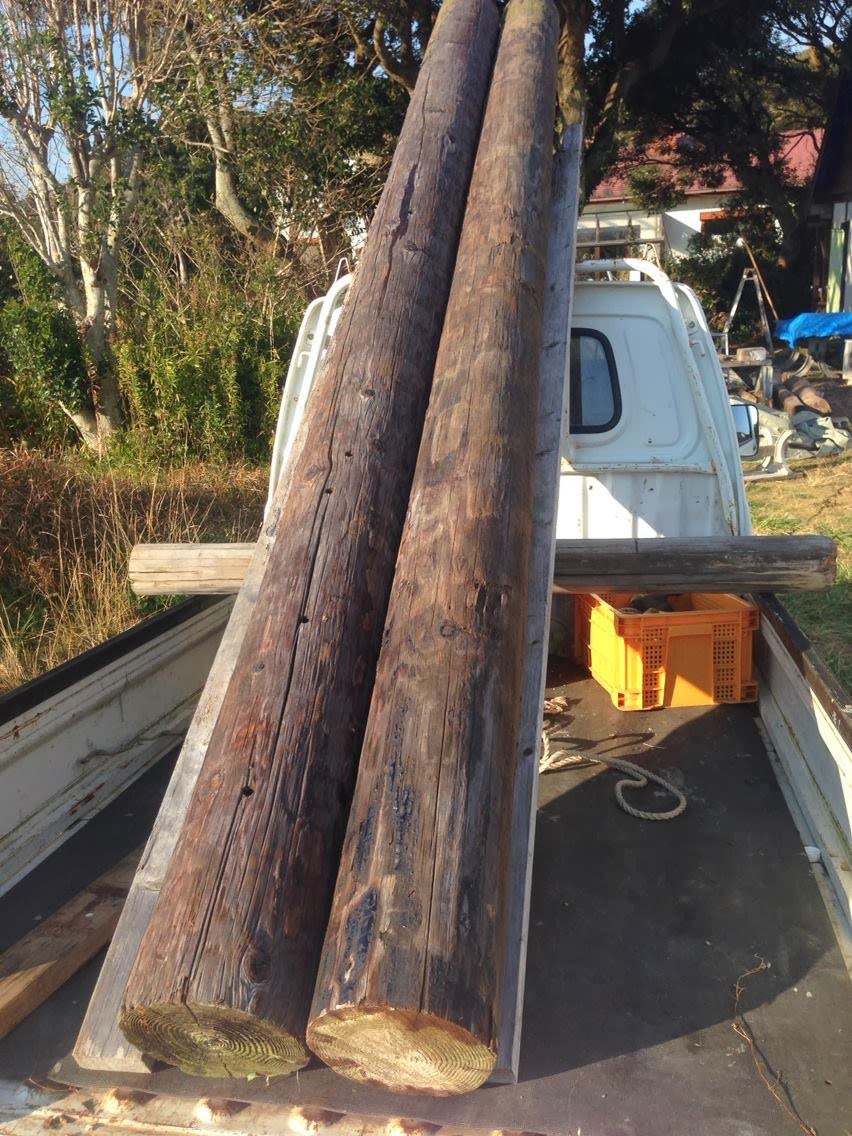 We're trying to use recycled wood as much as possible, stuff that was already thrown out. These are old telephone poles that a neighbor gave us. They turned into the beams for our front porch. 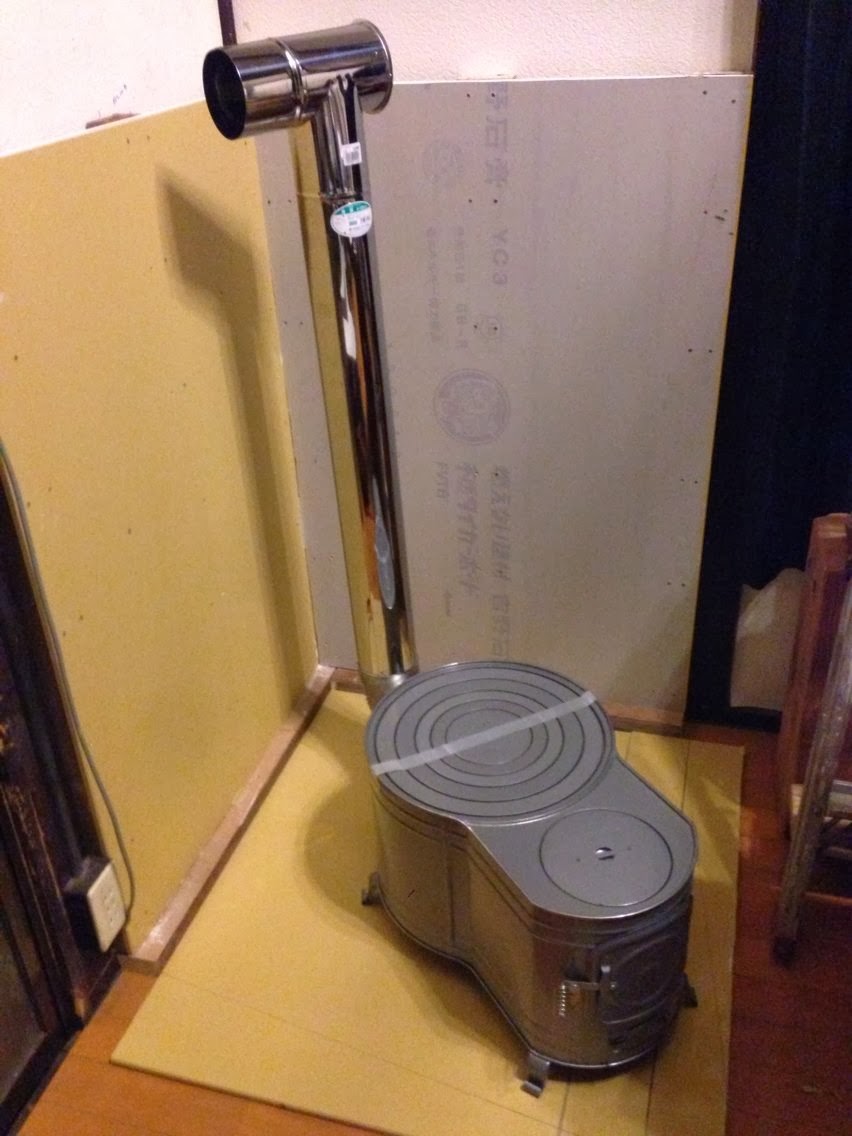 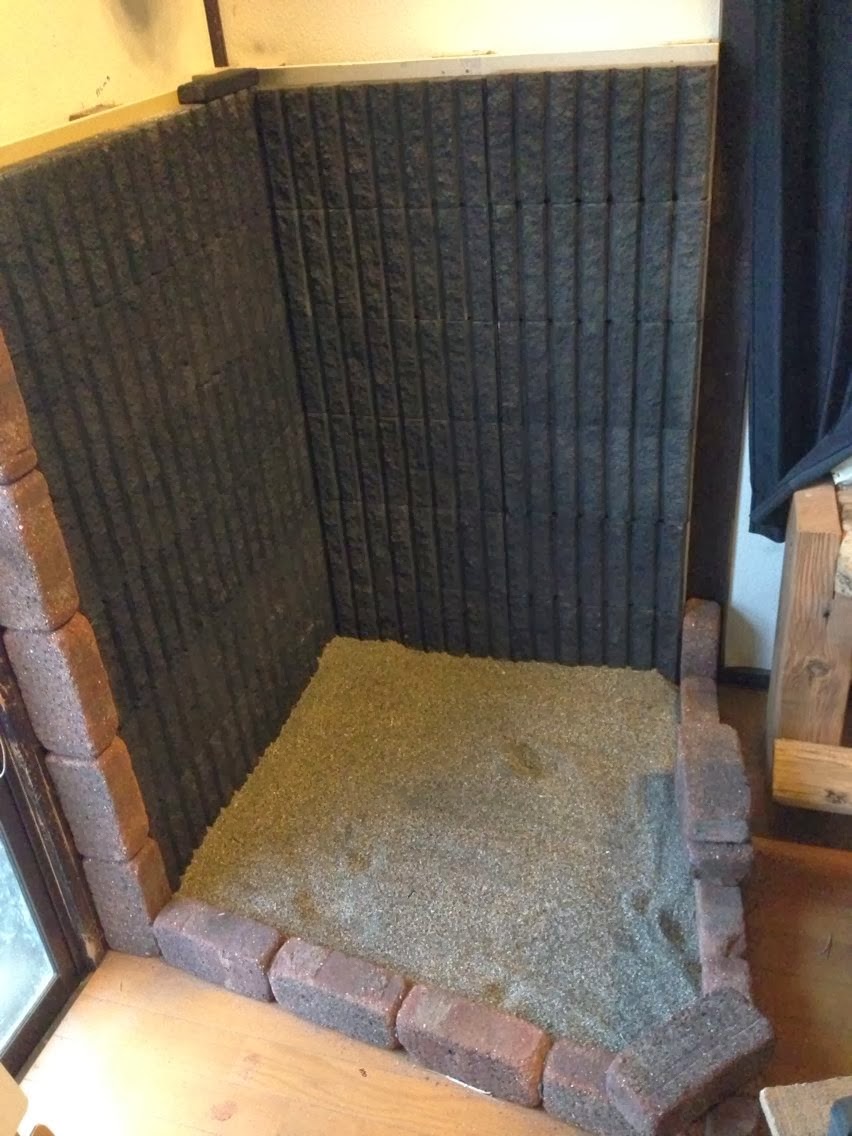 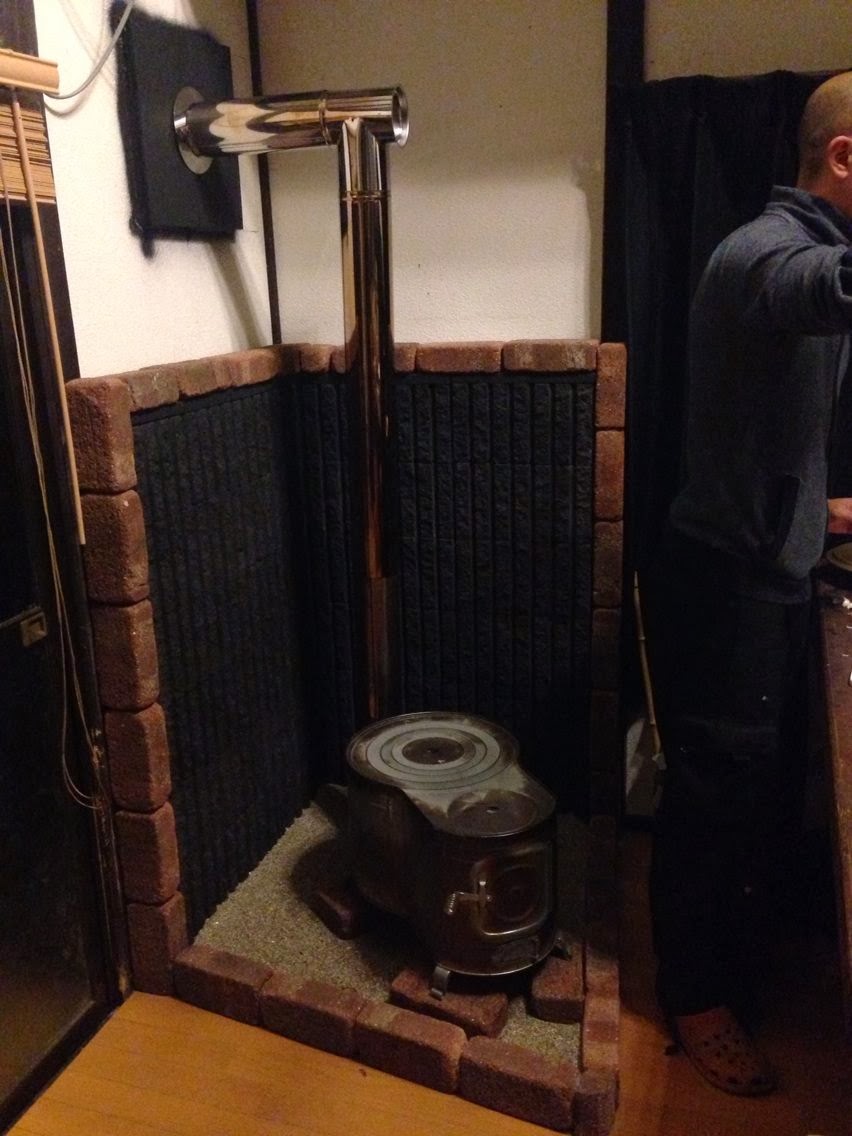 Last winter was painful. With a drafty house, there was no way to stay warm. The ceiling is high, with a loft, and there are no walls in the house. It's impossible to keep it heated by any method other than a wood stove. And here it is. Our ghetto creation. It's fabulous. The only thing that would have been more amazing would be the rocket mass heater that I wanted to build, but ran out of time for. We cook on this baby, and it keeps the house nice and toasty. 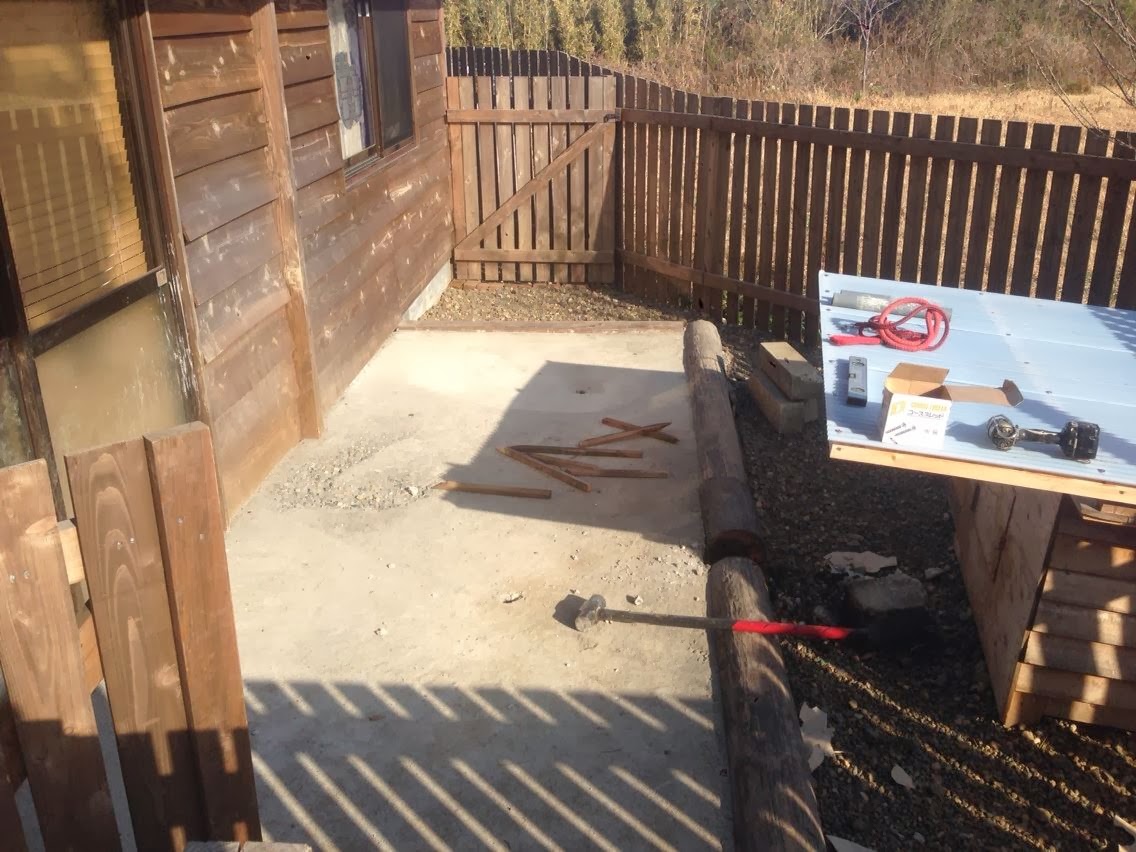 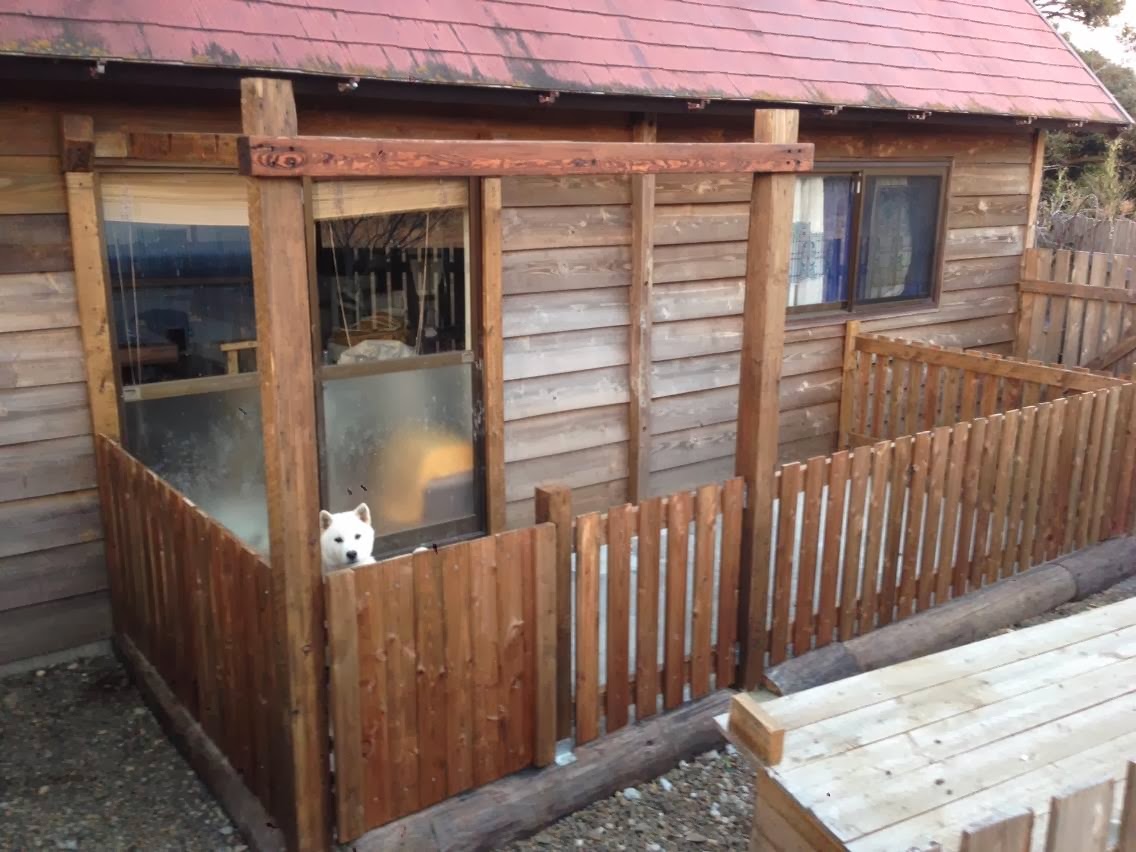 The yard used to be an over run jungle. We cleared it once, but damn daffodils kept coming up. We've now cemented a puppy area with a nice drainage system built in for easy cleaning. The pups alternate playing in the house, sleeping in their crates, and when they start getting too wild or naughty, I move them out here to play for a bit.

I've built kennels in the back for the Shikoku girls (since they all hate each other), and we've got another fenced area in back as well for the dogs to chill out in. The girls get moved around, sometimes kenneled, sometimes in the back, sometimes with the pups, and then in the house too.

Anyway, this place reeks of DIY guy projects, but we're having fun working on it. I get my brother and friends out here every now and again to get a hand with things.