The Nihon Ken Hozonkai 日本犬保存会(which translated means The Japanese Dog Preservation Society) was founded in 1928 to classify and preserve the aboriginal dogs of Japan. As contact with the West had grown, foreign dogs in Japan had increased, and they interbred with the free ranging local dogs. The founding of the Nihon Ken Hozonkai (referred to as NIPPO) saved the native dogs from extinction.

Today, as at its founding, NIPPO's goal is preservation of the 6 (originally 7) native breeds. These 6 breeds are the Shiba, Kai, Hokkaido, Shikoku, Kishu, and Akita. Of the 6 breeds, NIPPO is the default governing club for 3, the Shiba, Shikoku, and Kishu. The other three breeds can be registered and shown with NIPPO, but are mostly not. The Kai, Hokkaido, and Akita have their own breed clubs. The reason for this is mostly disagreements with NIPPO over the standard governing the Nihon Ken. 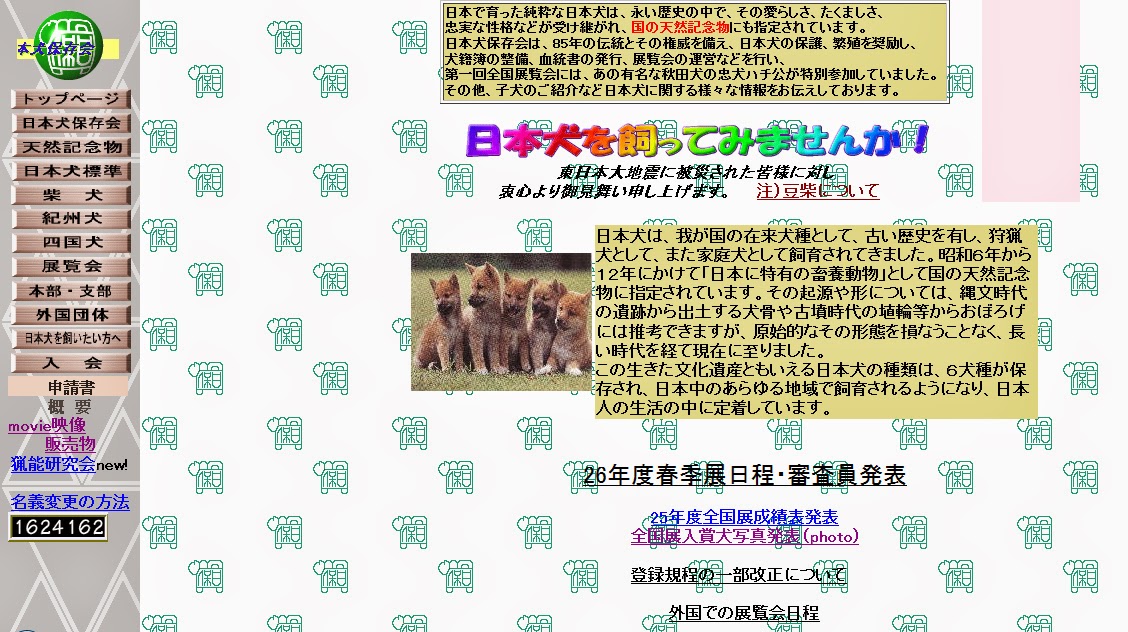