Don't mind me, I just like to rant sometimes...

Here in Japan, when it comes to the Japanese breeds, if your dog's tail is down in the ring, it's all over. No matter how amazing a dog you've bred, if it doesn't have the temperament to be confident in the ring and keep its tail up, the dog will not be successful in show. It is serious enough that in NIPPO, if a dogs tail is dropping in the ring, the handler will usually excuse him/her self. 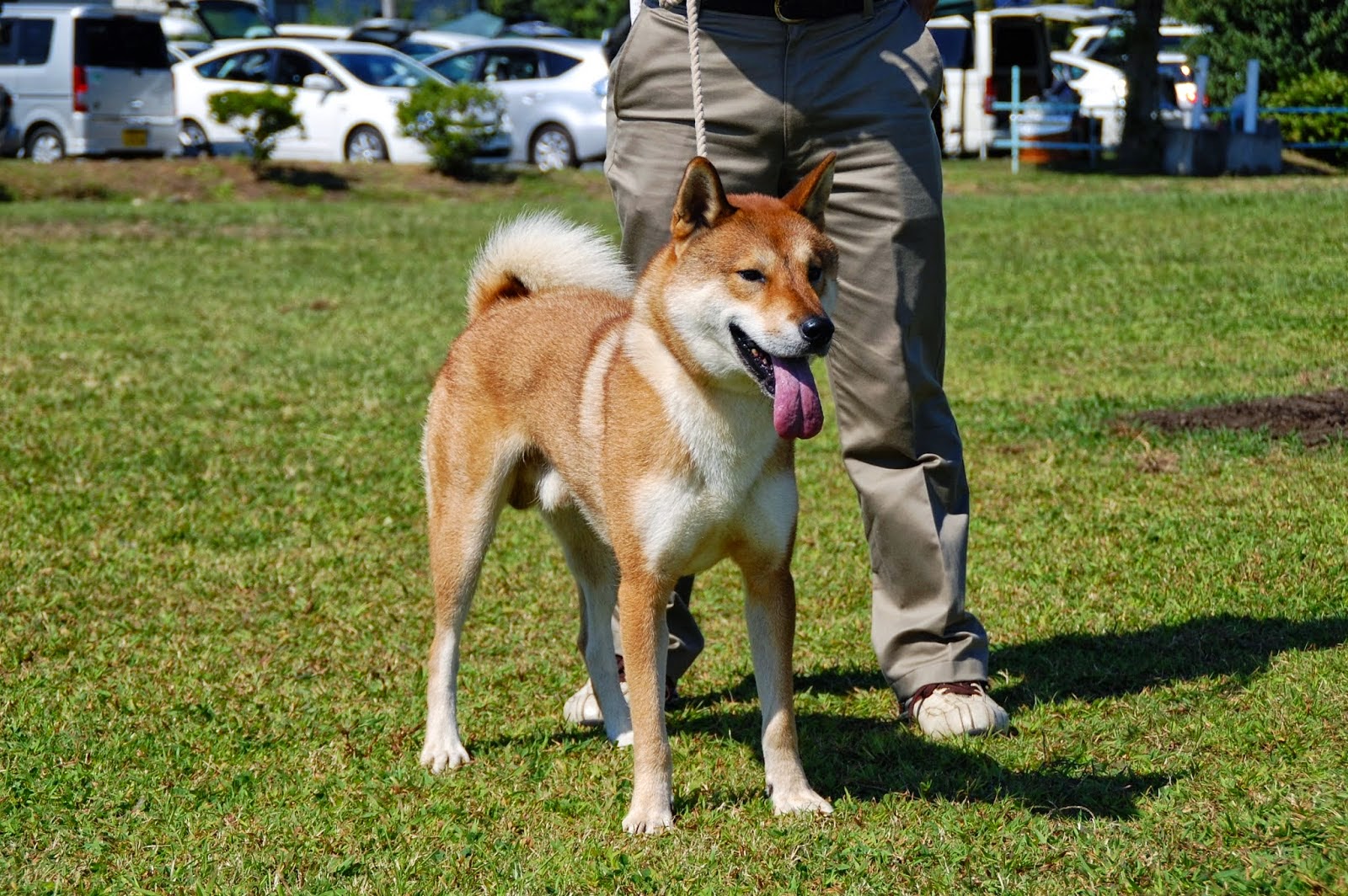 So, you can imagine how important it is to ensure that our dogs are raised to preferably not be shy. Being hunting dogs, the Nihon Ken are usually pretty aware of their surroundings, sensitive to stimuli (some breeds more than others), and are quite handler soft. They often have a fairly low threshold to stress, and shut down fairly quickly. If you allow your dog to get to this place, you're well on your way to breaking its confidence. It will learn this behavior, and shut down (ie in loud places like show rings). I've seen a lot of people overseas doing this to their dogs, unwittingly of course.

Now I'm pretty sure NIPPO members in Japan are not all shining examples of socializing dogs to live in what would be a normal pet setting in say the US, but they are pretty good at paying attention to their dog's signals and protecting their dogs (even if a lot of them don't even know they're doing it, it's just the way they have always raised their dogs).

So... how do you raise a confident dog? I'm sure there are a lot of qualified trainers and behaviorists with informational material, but I'm just going to give you some do's and don'ts that I've experienced.

Don't yell or argue around your dogs (just don't period). Dogs don't like it, it scares them.

Don't give overly excited or loud greetings to your dogs, especially to puppies that have just arrived at your house, and don't let strangers greet your pups this way either (especially not strangers). Italians, I'm talking about you with your 'bellissimo'! New pups are generally wary of everything, since it's all new. You need to cultivate trust, which means that the dog sees you first as not being a threat, second that you're a friend, and finally, that you are its protector and leader.

Socialization is important. BUT, socialization is not about flooding your new puppy with scary new experiences, or forcing into uncomfortable situations. Socialization is about experiencing many new environments, with you in control of the situation, monitoring your pup's reactions to everything. I've seen so many new owners take their puppy down to the middle of town to sit at a busy sidewalk cafe for 'socialization'. Socialization is about creating positive associations for you dog. For instance for the show ring, you want your dog to think it is a fun place to be, so be aware that if your dog doesn't like cars or gets carsick, that's something you need to deal with before driving to a show and plopping your dog in the middle of it. The first few shows should probably not even entail being in the ring, but getting used to the noises and smells from a good safe distance away. What is a good safe distance away? Your dog will tell you. Watch its body signals (starting with the tail!). Think about every step you will need to take in order for your dog to show well, and have your dog experience all these things in a safe environment (like the judge needing to touch its body). Also remember that pups go through fear phases. When I notice a pup is reacting negatively or warily to a lot of things, I stop taking it out so much for a while, easing back on the scary new stuff, and just letting the dog be where it is comfortable for a while (at home). Then after a week or so I try to stretch the dog's world a little and see if its ready to venture out again.

Think of a natural environment where a pup is being raised in a den by its mother. The pup's world gradually expands, and it gradually experiences more and more things, but always with a safe place to move back into, and always with its parents to fall back on. You're taking the role of protector, so you need to make every effort to instill confidence in you, in your pup. If I'm walking outside my house playing with my pups, and they notice something they're unsure of, they may posture up, and then their tails start to drop a bit. I'll move forward and between them and the threat, and even talk to them (Ohhh that's a car - in a calm voice, or Ahhh the mailman is coming). 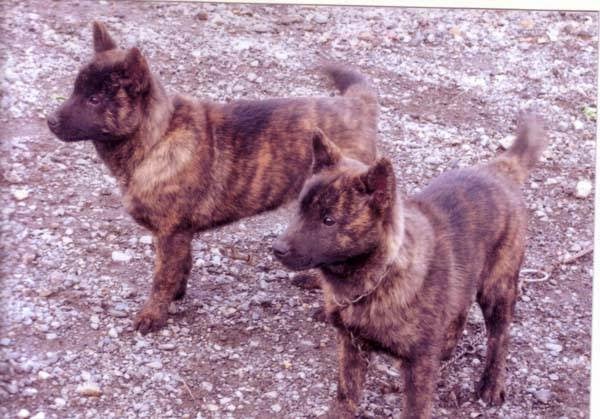 Treats and feeding time is a good way to create positive associations, and toys and play time are as well.

Always be fair with your dogs. I reward behavior I like, and I will punish behavior I do not like. But I don't sweat the small things. There's no need to micromanage a dog's behavior in my opinion. I have a female Shikoku that is not comfortable with strangers being in the house. She'll be okay with them, and let them pet her and everything, but sometimes she'll bark at them. I don't feel that this is a huge problem, so it's not something I've felt the need to 'fix'. Be your dog's best friend and protector, and you'll be amazed that even some less than confident dogs will be able to handle stress alright as long as you are there with them.

I don't mean to say that all of what I've mentioned is what kennels in Japan do. They all have they're own styles for raising their dogs, and their methods, but the attitude is the same. They are paying attention to encouraging their dogs' confidence, and protecting them from situations that could make them shut down. In fact most kennels give their pups limited socialization until they are old enough to start preparing for show. Remember, it's not about how many times a dog is socialized in any given environment, it's about the quality of the experience. 1 good experience trumps a thousand so-so or bad ones.
Posted by Kato at 11:13 PM