I just got back from a roughly week long trip to Vancouver where I dropped off Shogun and Dai at Akashima Kennel. It's naturally easier to just ship the pups over, or have someone else take them, but since both of those options were trumped by high costs and lack of bodies, I took the trip myself. 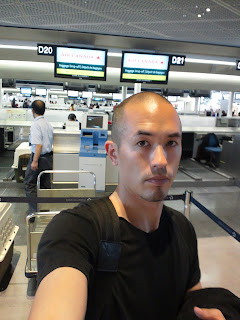 Here I look obviously overjoyed to be done with the interrogation at the airline counter where I checked the dogs in. It seems airline staff are not that used to checking in dogs, understandably I guess, and there's always some drama at the counter. This time they hassled me for having dishes with water in them instead of water bottles. I find this amusing since most American airlines will now not allow me to put water bottles on cages. 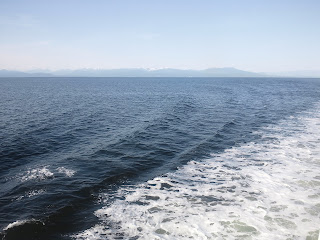 All the jumping around between islands on the BC ferries was very enjoyable. I think the last time I was on a ferry was when I was twelve, between Niigata and Hokkaido. 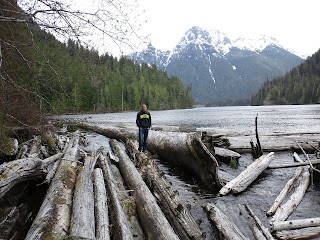 Walking over a log jam at Lake Shoen. The temperature fluctuations and variations were very interesting. Warm, but still snow right nearby. The weather was terrific during my visit. 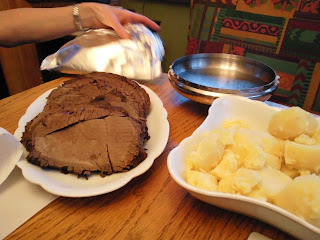 George at Akashima took a moose last season, so I was treated to moose shepherd's pie, and on this night, moose roast. Both were absolutely terrific. 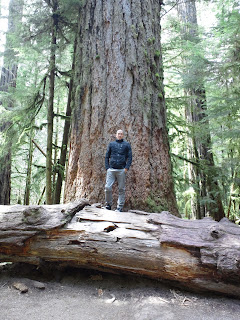 They have some pretty big mountains and trees over tharr. Seeing wide open spaces again really reminded me of Australia, though of course the scenery is entirely dissimilar. 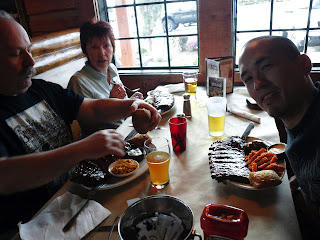 All you can eat ribs! Absolutely unnecessary! Next time I'll just stick with a large. The ribs were amazing by the way. 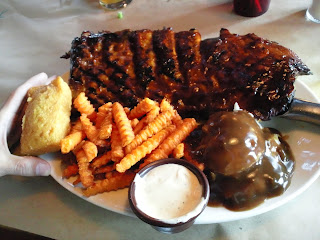 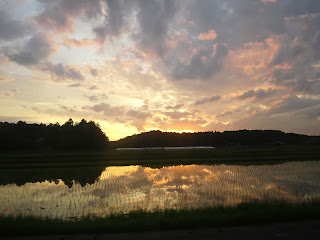 I hightailed it back to Japan since I have a lot going on this weekend. I landed in Narita, and went directly to help a friend plant his rice field. It was over fairly quickly, and just as we finished, there was a beautiful sunset.

I've got quite a bit of fun and fun work (so I should just say fun) in store over the weekend. Tomorrow I head to Saitama for the NIPPO All Kanto regional show.