At the end of this month there will be at least 1 Shikoku litter born here at my kennel. I have several young females who have been entrusted to me, since their kennels would not have bred them this heat. It takes a lot of time and effort to have multiple litters, and many of the older NIPPO members are finding it difficult to keep up.

The first litter that will be born around the 1st of September is out of Izumo Yano So lines, a pairing of a black sesame male named Unta, and a red sesame female named Bishoume.

Bishoume is the daughter of one of my other Shikoku females, Hime. 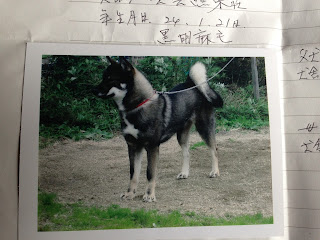 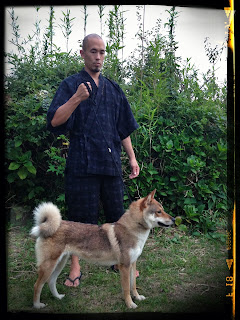 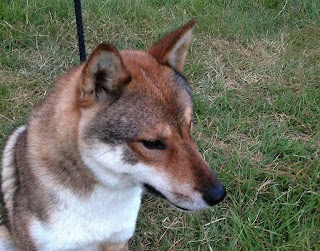 This is Bishoume's 2nd litter. She produced 5 pups in her last litter, some very nice black sesame pups. She's looking very pregnant at the moment, so we're thinking that there's at least 4 pups. I will probably take her in for an x-ray later this week, or early next week.
Bishoume (aka Bee) has inherited her temperament from Hime. She's very easy going, friendly, and is an extremely easy dog to own.


Here's a short video of Bishoume taken a few days after she arrived here at my kennel.