Again I was fooled by the notion that bitches don't eat before giving birth. Or maybe it's just Hime and her progeny. They do love their food! 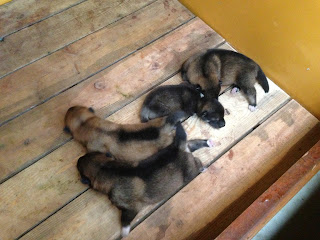 In the early morning hours of the 31st of August, Bishome gave birth to 4 puppies. 2 black sesame males, 1 red sesame male, and 1 black sesame female. Over the past few days the pups have been doing great. All the pups, other than the little runt male of the litter, look very nice so far.

My friend, mentor, and NIPPO judge, Mr.Iwahori was here on Sunday to take a look at the litter. We also discussed our breeding plans for another of my females. It looks like we'll be taking her down to Shikoku to breed with a very nice black sesame male.

I snapped a few pics with my phone while I was cleaning up the birthing area this afternoon. They're not great, but I'll take some more over the next few days. 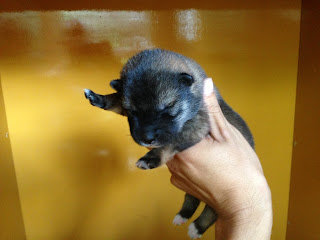 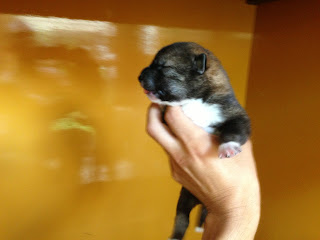 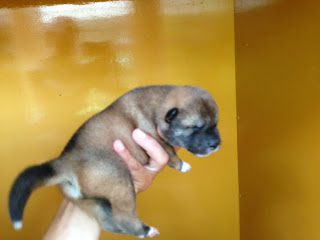 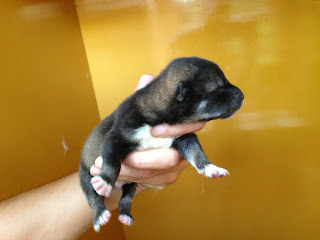