The pups hit 8 weeks at the end of last week. I took a few photos and video, but I've been so busy I haven't had time to put them up till today. 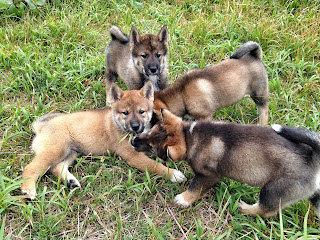 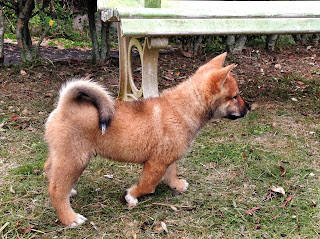 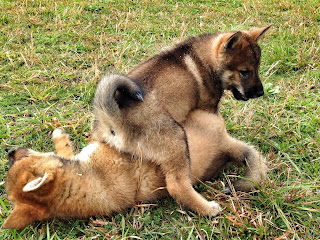 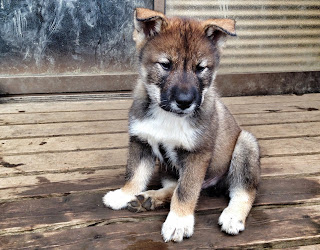 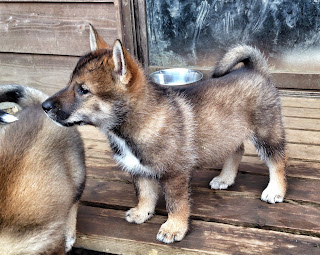 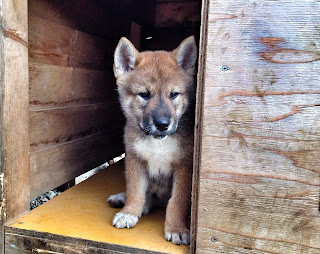 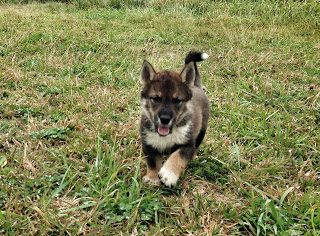 All the pups have temporary names now, haha. I was at the vet for their health exam and needed to put something down for their paperwork. So, it's Goro, Jiro, Taro, and Kazumi. I'll be coming up with their pedigree names soon.

Taro is the little man of the litter, and he'll be placed in a pet home here in Chiba prefecture. Goro is the largest of the pups, and he'll be going to the East Coast of the US. Jiro's planned home backed out due to housing issues, so he is still available. I thought long and hard about keeping Kazumi, and was getting ready to turn down all the offers for her, but tonight I have decided that she too will be placed. I already have her mother and grandmother here at my kennel, and I plan to base my Shikoku program off of the excellent dogs now being bred by the Chiba NIPPO branch. I have Hime and Bishome from Izumo Yano Sou as outcross females, and will probably be keeping a female out of one of the litters born in Chiba this winter.

I've had a few scares over the last few days. I was filming the pups and snapping these pictures when a large hawk started making low passes over us. It looks like he's a good distance away in the video, but believe me he was only around 15-20 feet up and kept maneuvering toward the pups. I had to continue to get in his way, and try to keep 4 playing Shikoku pups to stay close. He finally gave up after around 5 minutes of this dance. The hawks are always around, but I've never felt threatened by them. They're called 'Tonbi' and their diet mostly consists of ocean fish and scavenging. It definitely worries me a bit since the pups are out in the run in front of the house quite often.