Akira Yano: The Giant Among Us 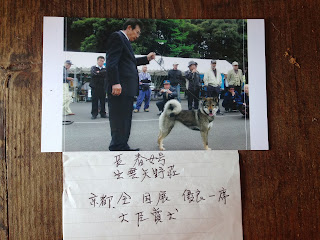 This morning Mr.Akira Yano, a giant in NIPPO and the Shikoku Ken breed, passed away after a long fight with cancer. This man's line of Shikoku has had an indelible impact on the breed for the past few decades. I don't know of anyone who has shown and bred as many NIPPO National BOB & BIS Shikoku. It is hard to find a Shikoku pedigree today that does not include at least some of his bloodline. His legacy will live on in the breed, and his name will be remembered.

I spoke with him 2 days ago. I received a call from him, and as always we discussed the Shikoku. He asked how the females he had sent me were doing, about my last litter, and about another pup he had just sent over. He sounded weaker than usual, but I had gotten used to hearing the changes in his voice depending on whether he was in hospital, or doing better at home. Yesterday, after a day in the mountains, I turned on my phone to realize I had missed a call from him. I have grown used to the pleasant surprise of seeing his name come up as my phone rang, and it saddens me to realize that we have spoken for the last time.

Rest in peace Mr.Yano. You were a giant among us. As one of the new generation of NIPPO members, I will aspire to do even half as much for the Nihon Ken, as you have.

All of us are only on this earth for a limited visit. I'm thankful for everyone I have had the honor of meeting through the Nihon Ken, I'm thankful for all of you. Tonight, I toast Mr.Yano and his legacy. 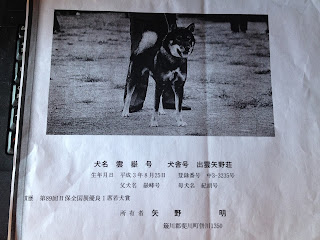 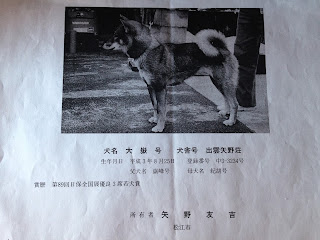 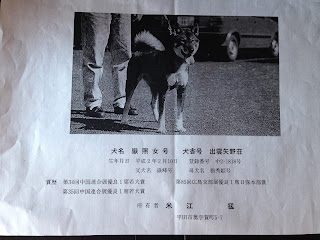 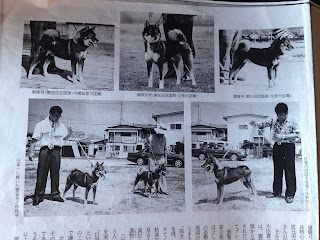 Mr.Yano in his younger years, with some of the dogs from his line.