It's hunting season, but this year I've just been far too busy to get out as much as I'd like. We're eating meat faster than I can fill up the freezer! After getting back from Poland, I had one day to get some work in, then had some guests from Italy arrive. They stayed next door for a few days, during which we got some sightseeing and some dogseeing in. Since they love the Shikoku, we visited Nidai Iwahori Sou, and Futomi Sou. Of course they got to see my dogs as well, and I had some of my Kai buddies over, Tenro Kensha and Gotenyama Kensha, for a bit of hunting and conversation. 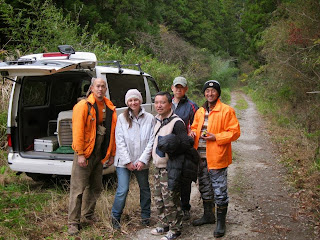 We hunted two Kai males, San and Kuma, for a few hours. They did get on a boar at one point, and bayed it for a few seconds, but were unable to hold it. It ran, and they lost it after 100 meters. They just need more practice in mountains with more boar. You could see their energy level rise after this experience though, as they began connecting smells with prey. They started being more thorough with their search as well. 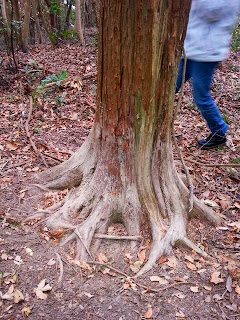 For round 2 we brought Baron out for an hour and a half. As soon as we got into the mountain, he climbed an extremely steep ridge on our left, and dropped over the other side. It was not somewhere for the inexperienced to climb, so I went after him myself. This ended up turning into a 1 hour solo jaunt (my apologies to everyone who was left behind, but this is how hunting goes). On the other side of the ridge, there was a large boar, but it swam across the stream below, and Baron didn't know where he wanted to cross from. Short story, the boar got away. Baron then began moving further back into the mountain on another track, but that brought up nothing. We were around 30 minutes in, so once he got back I decided to descend toward the waiting hunting party. I started seeing fresh boar sign, so picked a spot to head down, and 50 meters later Baron was on a boar. He bayed, it charged, they tustled, Baron came out, took a look at me, and went back in. The boar came back after him, and stopped his charge just past a tree. He was 10 meters away from me, with half his head visible to me, so I lined up my shot and took it. Then the boar disappeared. Literally. I expected to see it roll, or run, but nothing. So, we looked for a bit, then headed back to where everyone was waiting. 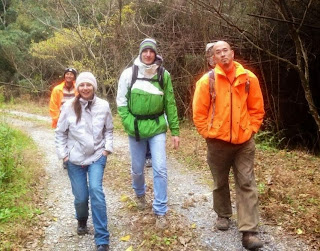 On the way back we dropped by Nidai Iwahori Sou to look at the dogs. Then it was back to my house for some Inoshishi-nabe left over from the night before (the Italians and I had dinner with Mr.Iwahori and his son). Some drinks, and a lot of interesting conversation about dogs. 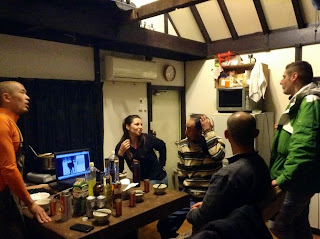 These are the two pups that are now in Italy. Kazumi Go (from my litter), and Fuuunryu Go from Yuda Hakushin Sou. 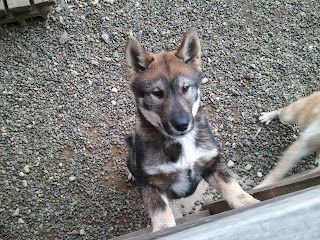 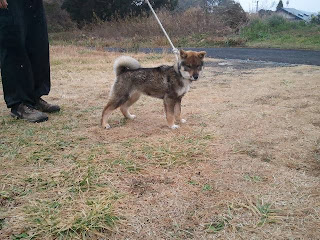 So it wasn't anything close to a full day, but I guess we're still sitting on 4 boar for 7 outings.
Posted by Kato at 11:06 AM