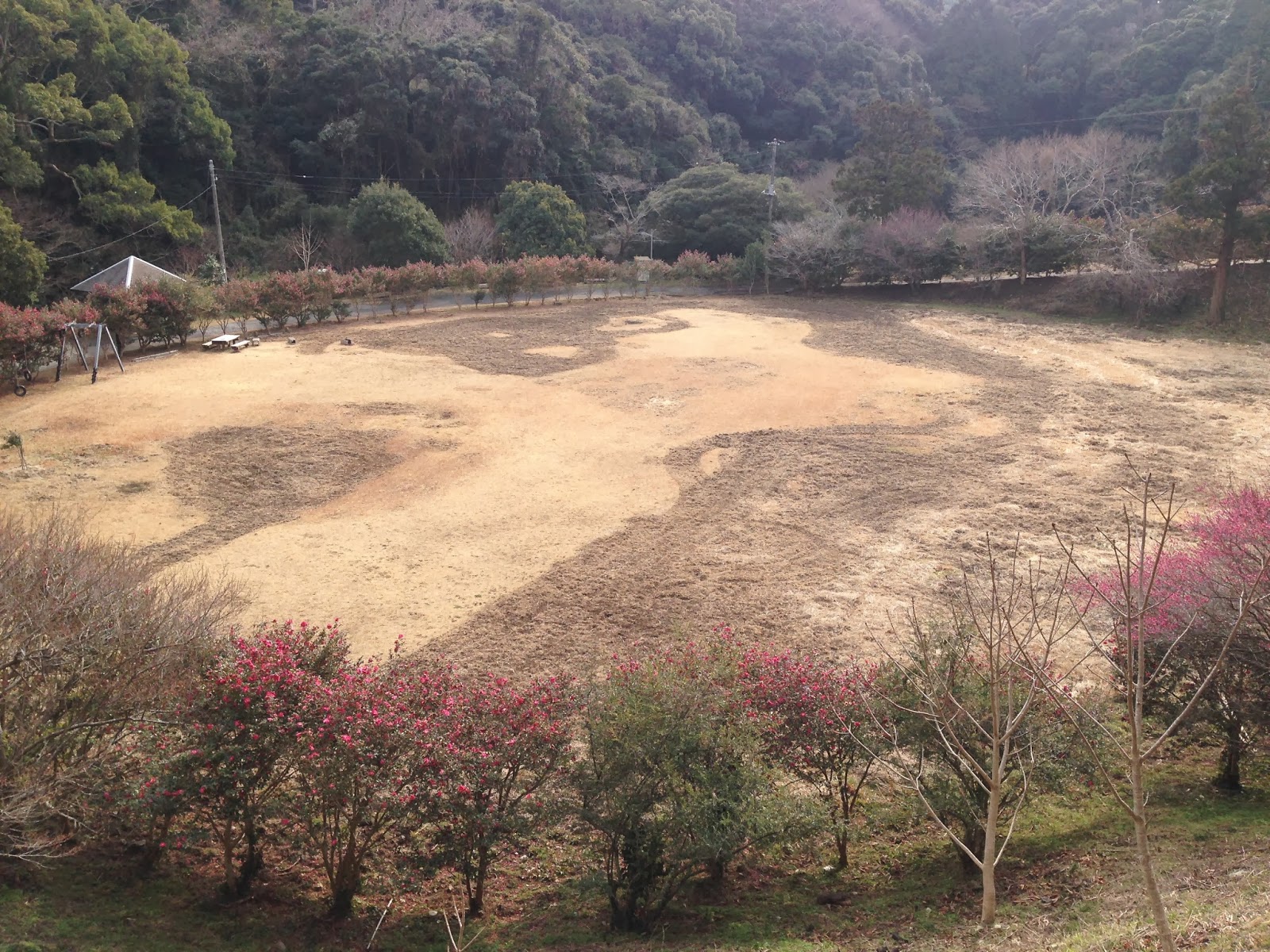 This is what boar do to fields. Look at the gazebo down there to get an idea of the damage they've done to this grass field. They do this pretty much every year at some point, getting in to eat earthworms. On day 13 it was just me and Baron heading up into the mountains to hunt for an afternoon, and I snapped this picture from the road above.

It was a windy day, lots of strong gusts, and Baron got looked like he might get on a boar pretty quickly, but they were not close enough. The first boar we got a good look at was on a slope below us, in some bushes. Baron caught scent and slowly moved downhill. He came backing up rather quickly, and following him uphill I saw something that looked like a badger. Turns out it was the mane and back of a very large boar coming slowly uphill to meet Baron. At around 15 meters I lined up a head shot and fired. It missed, and the boar wasn't even moving at that point. I also missed a second shot as the boar wheeled broadside and ran downhill.

Baron gave chase for just a second, but came back when he realized the boar was not hit. We hunted a bit more, and around 1 hour later, Baron moved downhill around 20 meters and pulled up to a stop. He was looking down into the gully below, and then suddenly darted down. Within seconds he had caught up to a medium sized boar, and went over the ridge opposite with it. I heard the boar squeal, meaning Baron had caught it. I was barreling toward them, downhill, and then up the other side. On the next downhill, I caught glimpses of white Baron latched onto a boar just larger than him. A boar larger than Baron ends up being around twice his weight, so it was dragging him along.

Baron has a habit of catching boar by biting down on the back, just behind the ears. I don't know why he likes this spot, but every dog has their spot. As far as spots go, this is not a good one for getting a grip. Anyway, I caught up with them, and had them at my feet. I tried to get a hold of the boar, but just as I reached for the back leg, it began to drag Baron downhill. He was bumping Baron into all manner of brush as he dragged him down, and finally after a hit on a tree stump, Baron lost his grip, and the boar ran.