I have a confession. In 6 years of gun ownership and hunting, I can count on two hands the number of times I've been to a shooting range. I guess it tells in the fact that I'm not a good shot against moving targets.

At the beginning of February, with the hunting season winding down, I had to go to the shooting range for a seminar. It's required for hunters who have been conscripted by the city office to cull deer and boar. It had snowed the night before, but the roads were pretty clear in the morning. This would be the first time shooting slugs at a range, since in Chiba prefecture for many years now there has not been a range that allowed slugs. It's a bit ridiculous to have to drive hundreds of miles just to go to a shooting range, and of course shooting outside of a range (unless at prey) is illegal in Japan.

Anyway, they finally reopened a 50m slug range, so as part of the seminar everyone would be firing 5 shots. I got to watch several other rounds of shooting, and unfortunately I saw a lot of intact paper, with plenty of shots hitting the dirt a meter away from target. In Japan the hunting population is now made up of older, mostly retired gentleman, which brings the average age to over 60 years old. Since I started hunting, every hunting club I've joined, I've been the youngest (and usually the only person under 50). We have a lot of hunting accidents, which cause a lot of bad press for hunters and hunting, here in Japan.

So, I was expecting a pretty bad showing, especially since I've never sighted my smooth bored slug shooting shotgun, but here's my grouping at 50m. 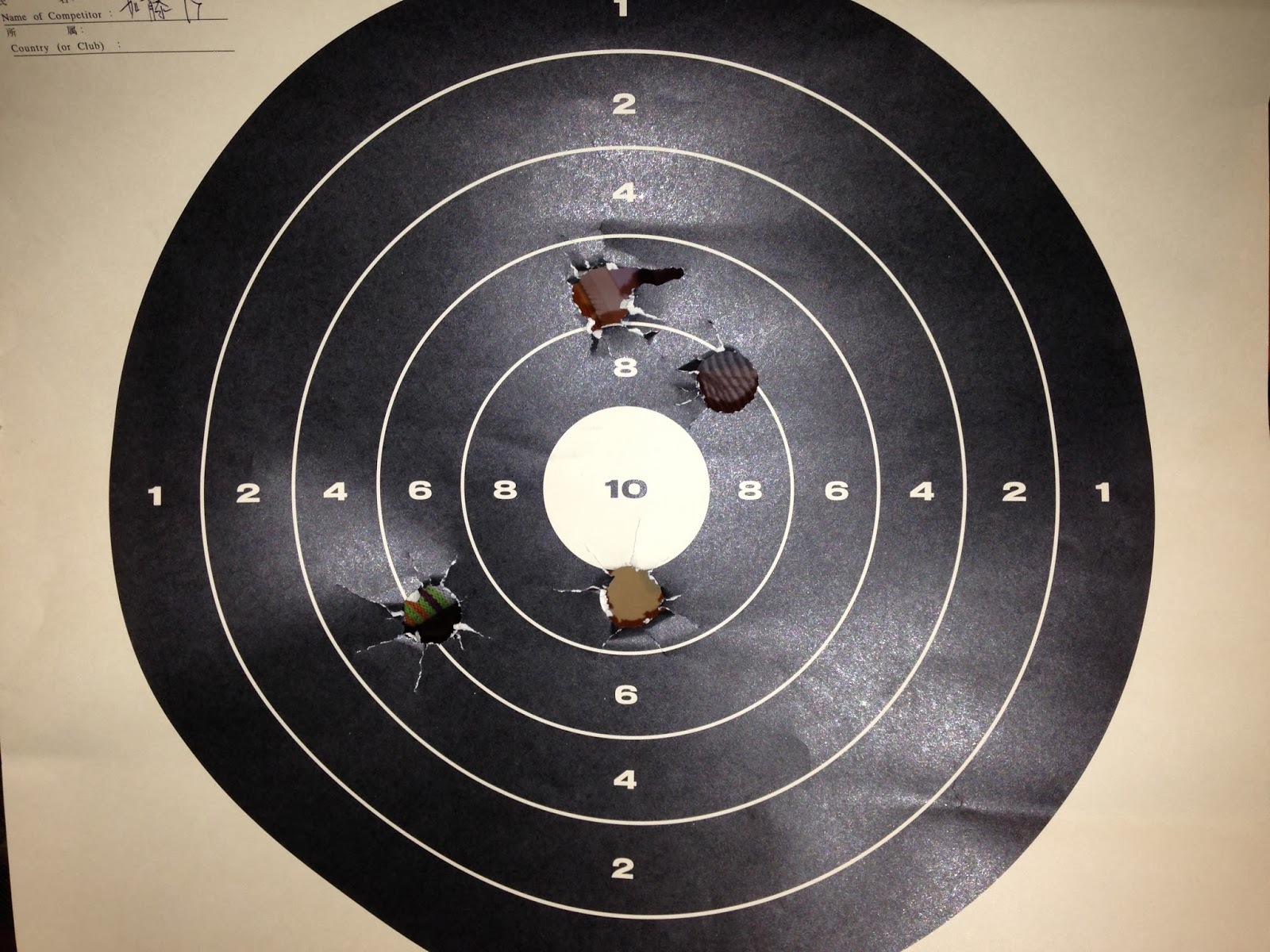 It seems that out of around 100 hunters there, I was one of the best shooters, so now I've got a rep as being a really good shot, when personally I feel the opposite about myself. This off season I'll be at the range getting my accuracy up for sure. Moving targets, I'll be working on that.