So, it looks like after 2 years in my care, I'll be getting my first Shikoku litter out of Hime (Tochimitsuhime Go). She was given to me as a gift by Mr.Yano a few years ago, and she spent some time at Gotenyama Kennel while I was living in Tokyo, then moved back with me at the end of April last year. 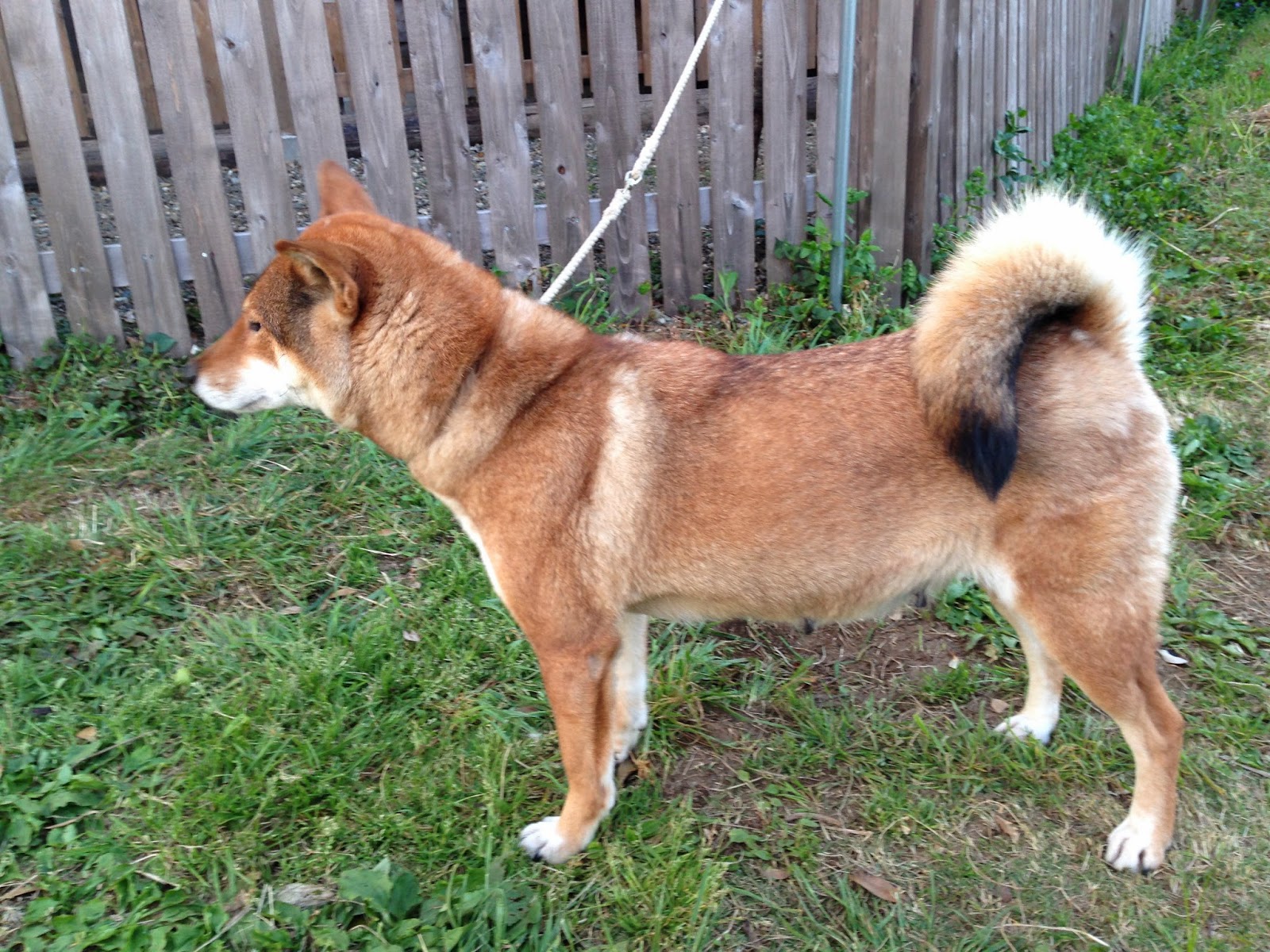 It's funny, but she just finished blowing her coat a bit ago, and then has gotten progressively darker since. Anyway, she was bred to Kotofusa Go at the end of February, and a vet check a few weeks ago confirmed that there are indeed a few pups in there. The litter should arrive around the 2nd of May.

I'm pretty excited since this is the first Shikoku litter that I actually had to plan, watch for her heat to start, and then breed on the right days! Thanks to my mentor Mr.Iwahori for patiently putting up with 4 days/attempts at breeding (and numerous calls and texts). They only tied once, but it looks like that was all it took.

We're not sure what we'll get out of this litter in type/coloration since this is mostly an out crossing. What I'm hoping to do is to get some of the great structure and bone out of Kotofusa's side, and maybe sneak in some better red as well. From Hime's side I'd like to keep the thick coat and beautiful faces that come with the Yano line dogs. I've got a picture in my mind of what I'm looking for, and an inkling that this pairing might give me a nice male. If I see one that fits the picture I've got in my head, I'll probably hold onto him.

Hime's doing well, looking very pregnant, and not wanting to go very far from the house now. Walks are not so fun when you're waddling around I guess. Her daughter Bishome also looks like she's carrying, but I'll have to take her to the vet to confirm. She'd be due around the 20th of May.