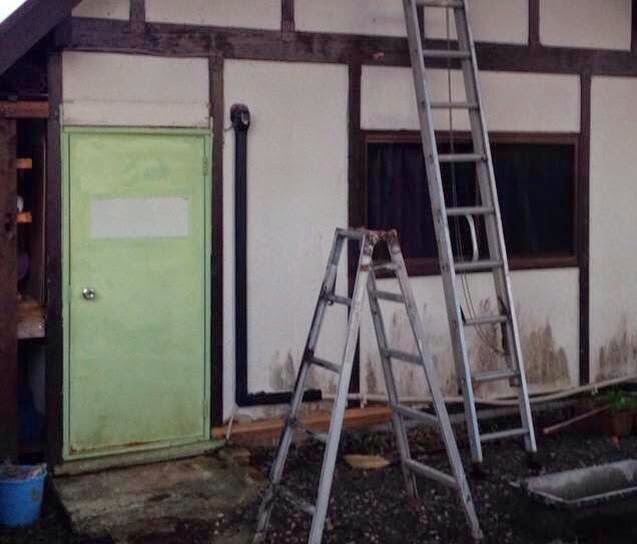 So my front door of my cabin used to look like this. Half sheet metal half wood, it was rotten, the handle was broken, it needed to be rebuilt at some point. There's so many projects with this house, necessity is the mother of getting things done. There was a typhoon coming and the door needed to be functional! 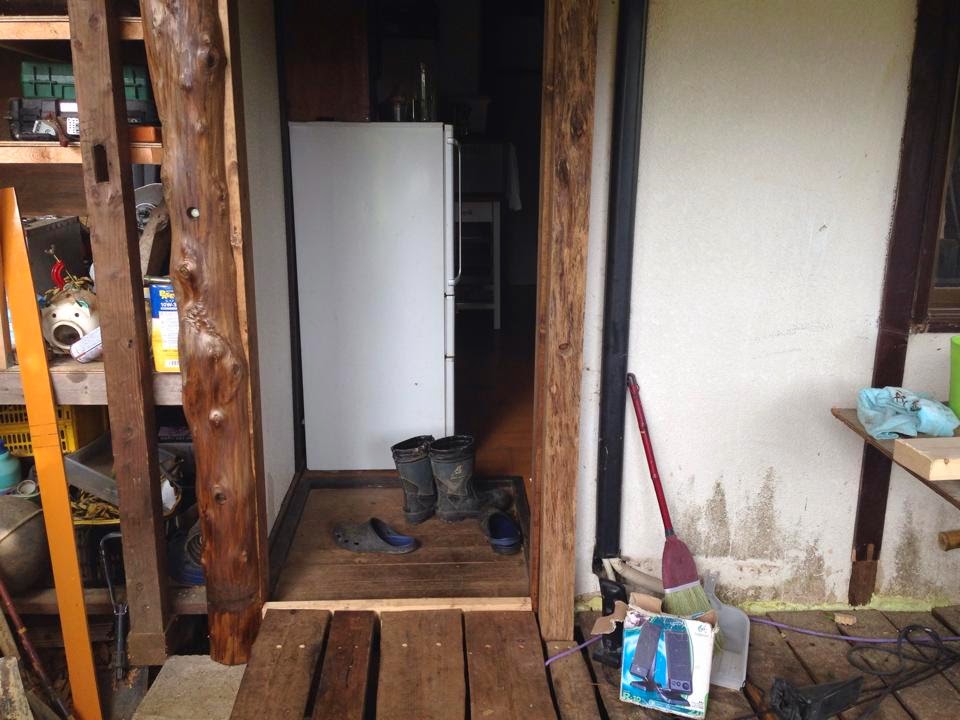 We've got a deck in the front of the house now, more on that later, but here's the new door frame. We try to use recycled materials as much as possible, and by recycled, I mean we collect materials from the beach, the mountains, and garbage dumps. The door frame is made of driftwood. 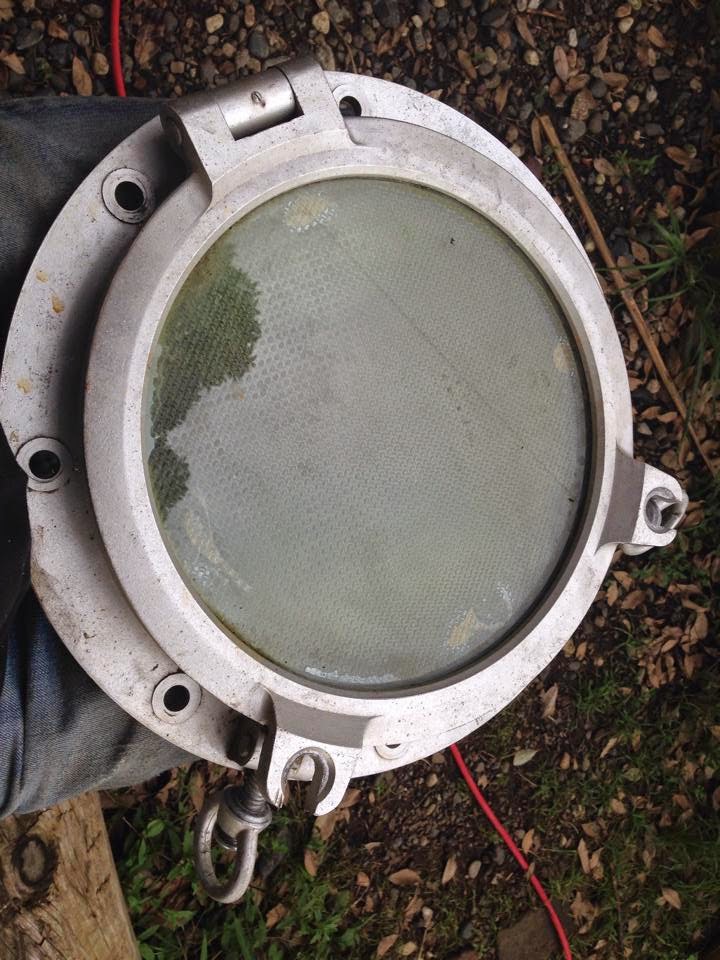 James over at Hartwood found this beauty at the dump, and when I saw it last year I told him I wanted it for my future front door. Everyone thought it was hilarious that I wanted to use this for a door... but I'm a little nuts that way. 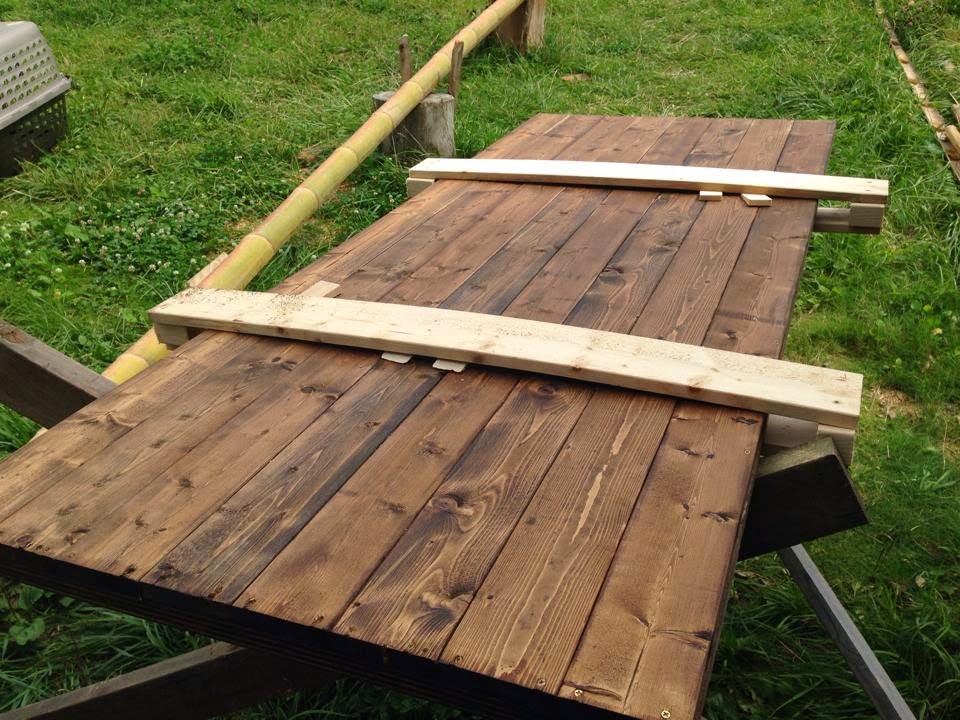 Luckily my brother is a professional carpenter. We trade off in skills, I take him hunting, he helps me with the house. The door was not too complex. My friend Mark had collected a stack of 24millimeter plywood out of the dump at a job he was on, so we used one of those as the base, planed a stack of rotten 1x4's to a nice finish, and tacked them on top. 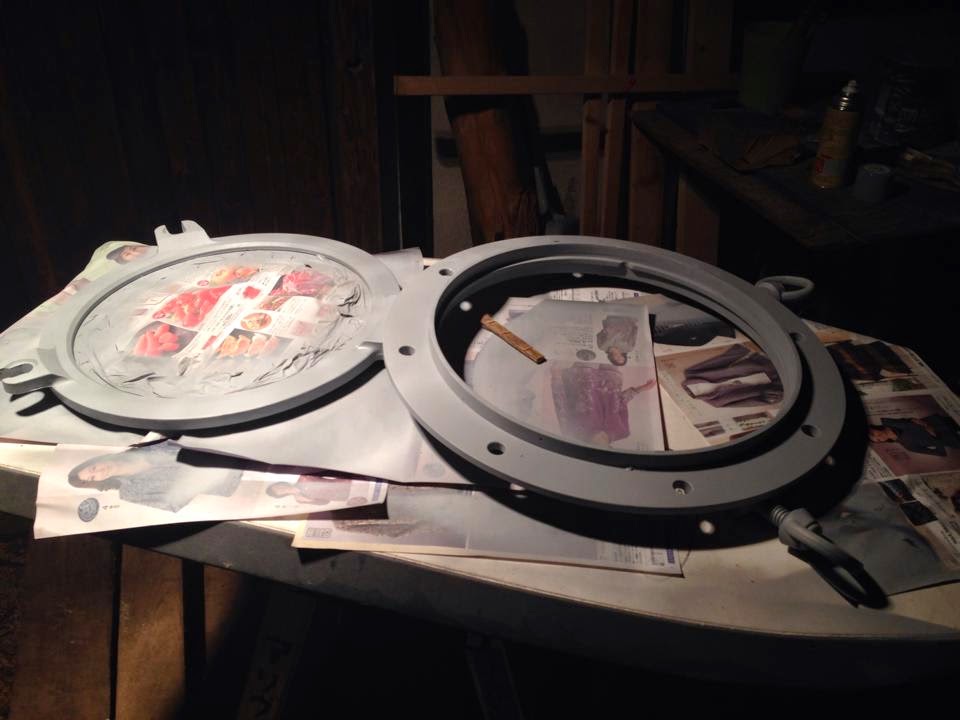 Removing years of silicone, grease, and rust off this porthole was a bit of a bitch, but somehow I finished it up and got a coat of surfacer on it. I ended up painting it at night between walking and feeding the dogs. 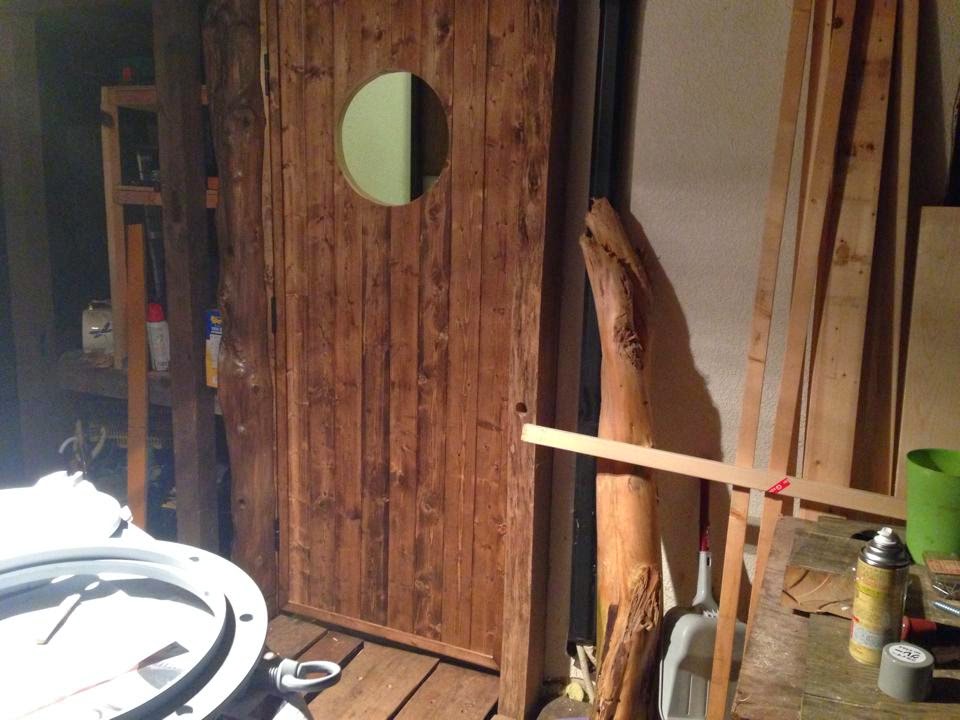 Again we used a couple 2x4's off the scrap heap, grooved and angled them, and wrapped the door with them. We cut the whole for the window as well, and you can see the driftwood piece for the top of the door frame standing beside the door. I found this one on the beach while surfing a few months ago. 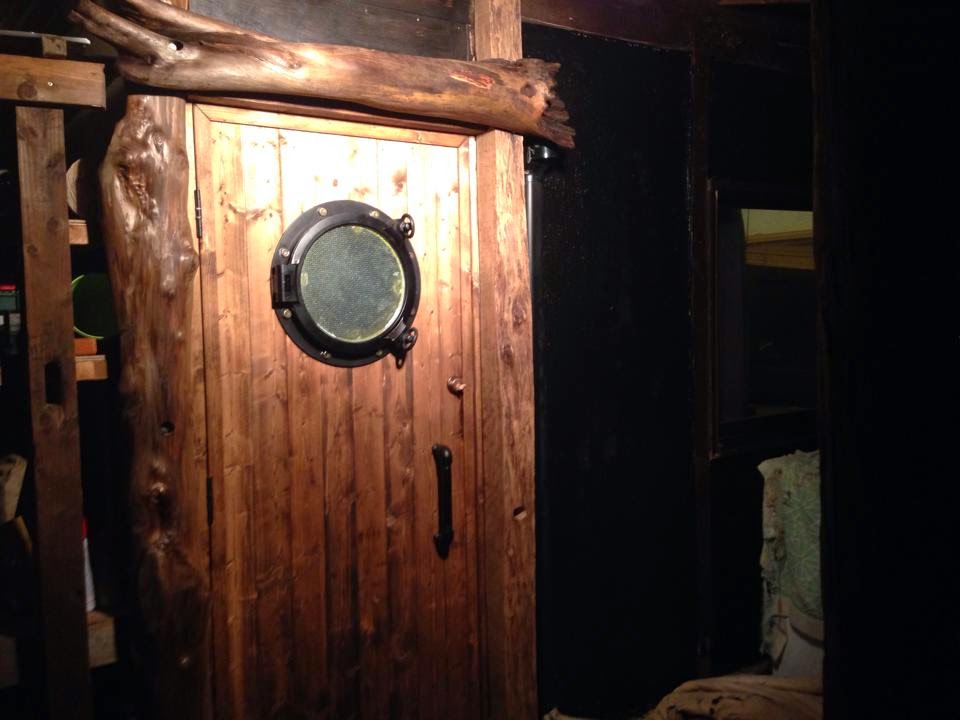 Here it is, the window bolted in, frame up, everything stained. The handle I made out of hot water piping. It was remarkably cheap, and looks very industrial which matches up well with the porthole. All in all this took around 3 days of work since we had to remove the old door, frame, and wall, but it was absolutely worth it. The typhoon rolled around and huffed and puffed, but this door is solid as. It's a heavy door, and probably one of the most beautiful pieces of work that my brother and I have crafted yet. 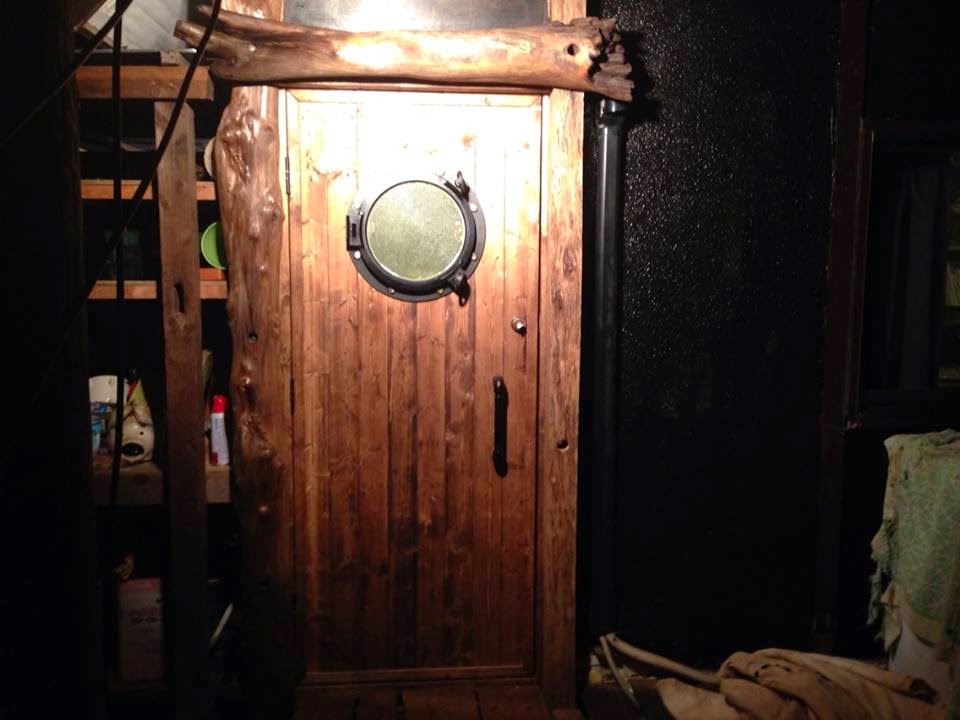