Took a Look at Taka's Hips

So since Taka's just over 2 years old now, and will be shipping off to another NIPPO member tomorrow, I decided to take one last look at his hips. 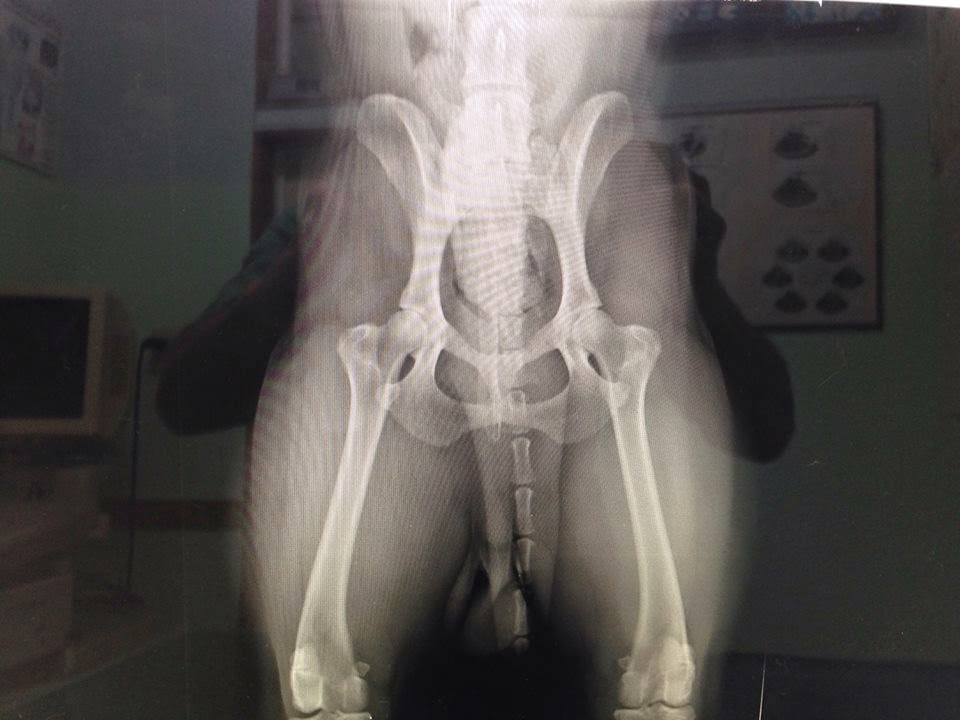 I've had him here for over 6 months, and while he's not my favorite male, he's got some pretty amazing qualities (ie coat color & athletic build). His breeding shows through, and he's a pretty high level dog all things considered. I'm going to miss this guy. After all the work I put in I wish I could have handled him once in the ring, but he was never my dog anyway.
I snapped a few pictures of him after our afternoon walk, but first 1 of Goji. 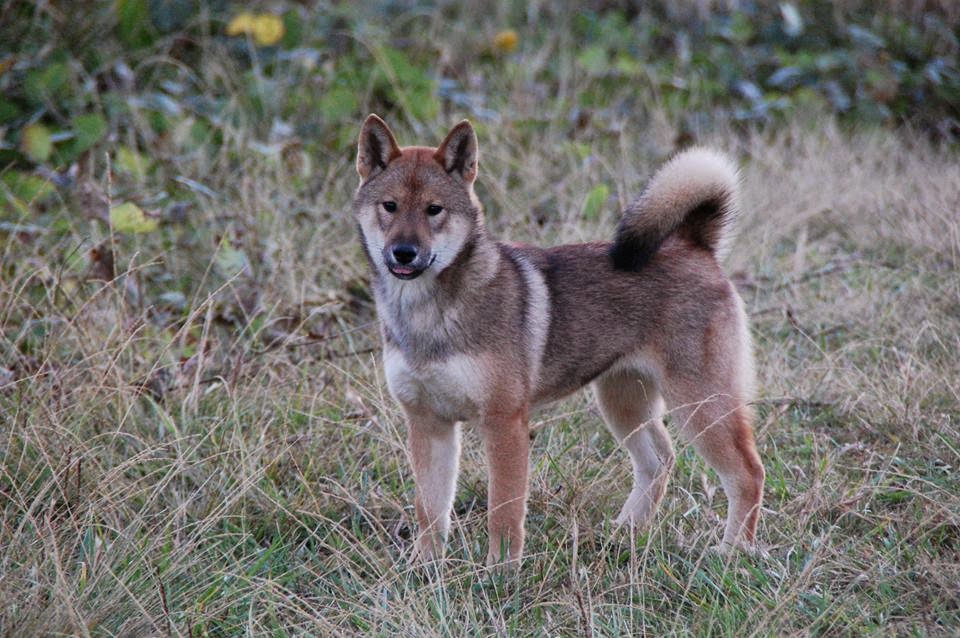 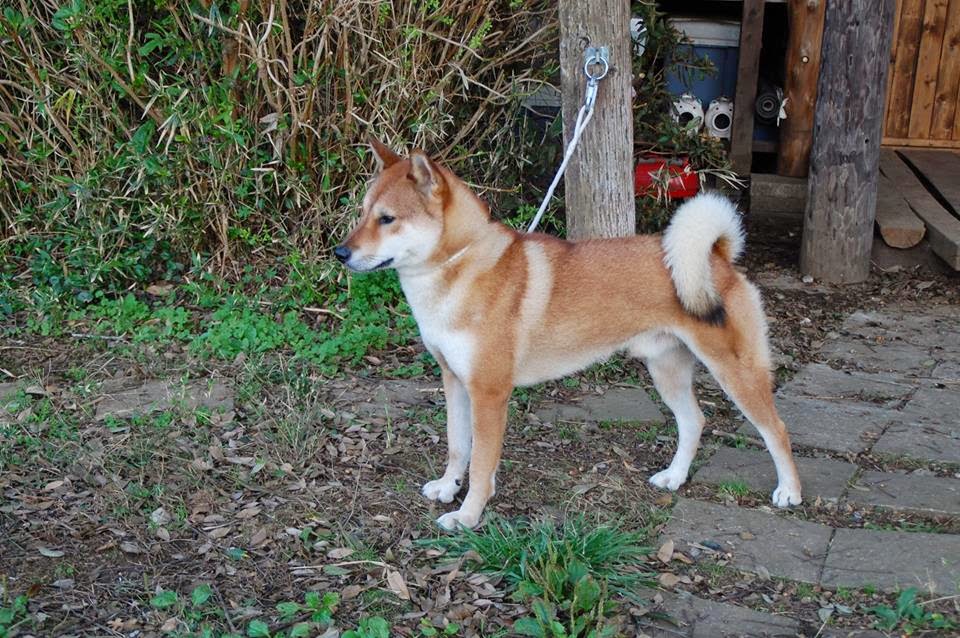 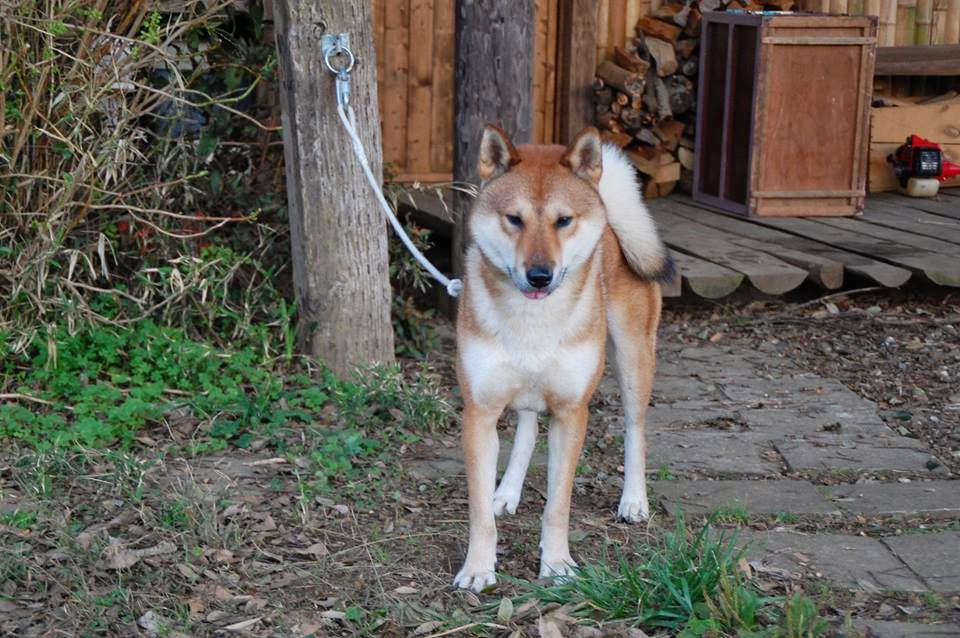 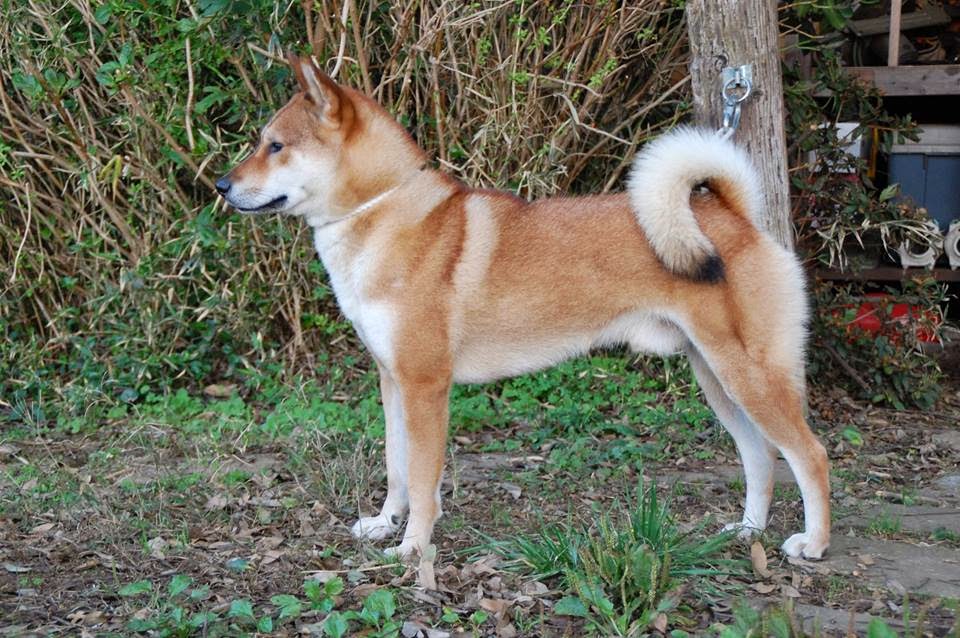 He's almost in peak condition now. Coat should be full just in time for the NIPPO Grand National, and you can hopefully see how his front has filled in with exercise (even though the pic from the front doesn't do it justice) and his feet are now pretty straight when he stacks. When he drops weight or is out of shape, his front feet point outward when he stacks. Yes, you can 'fix' this by cheating and restacking your dog, but in my opinion this is how it's really done. Of course with some dogs you can't correct this with exercise, but it will at least get better (and your dog will be in shape!). I see so many NK overseas that are out of shape, and I'm talking about in the show ring. I see a lot of soft dogs, where their nails are trimmed (I've never trimmed a dog's nails for show, they naturally wear down with exercise), their body is crafted via diet without exercise. Even at this point here, Taka needs just a final push to tone up a bit and he'll be stunning.