So the order is all wrong. I have other posts that should go up first, but the OCD part of me will just have to deal with it. 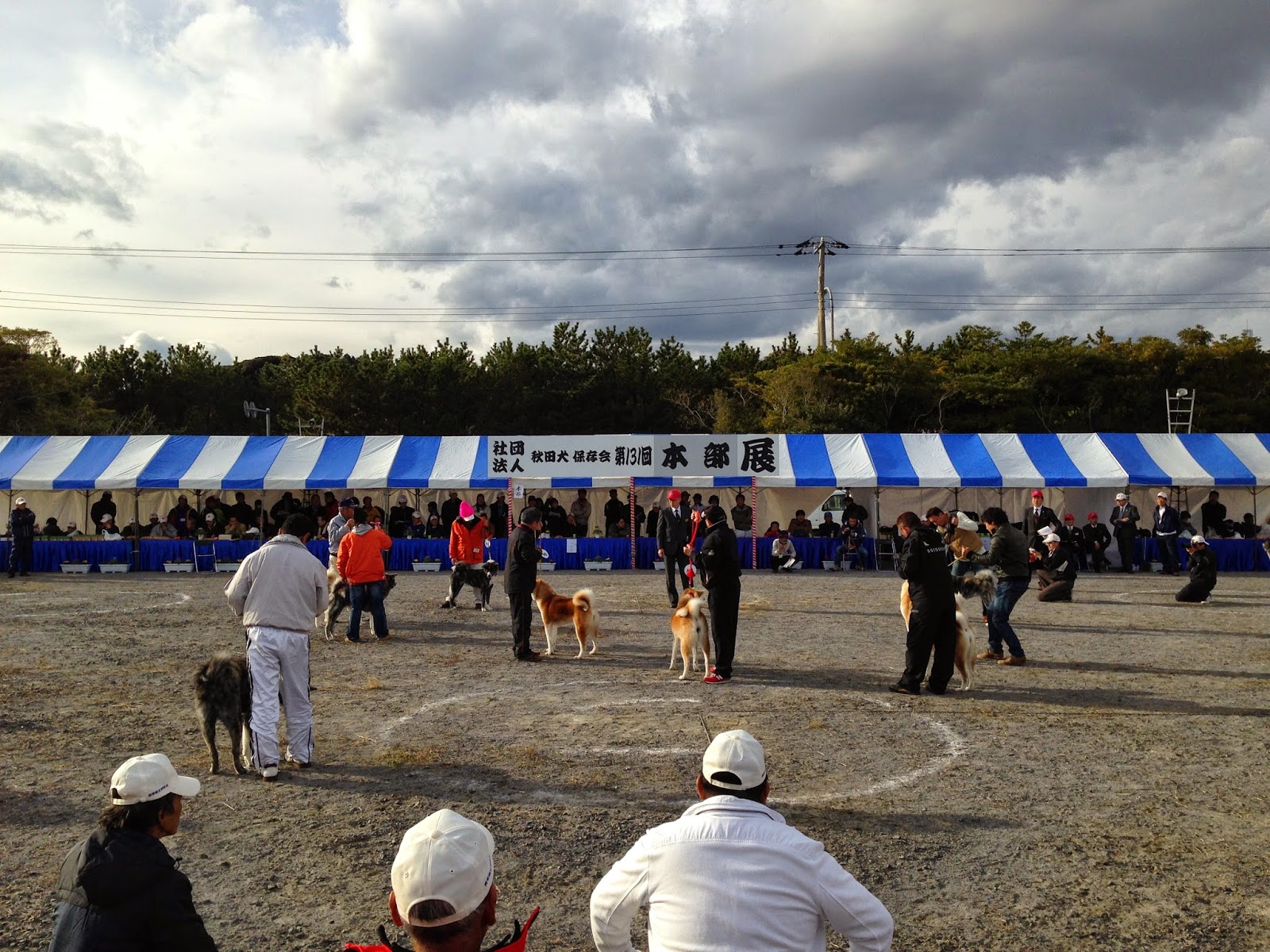 I entered one of my 2 Akita females, Rai-chan, in the AKIHO national show known as the 'Honbuten'. There are two of these a year, in the spring and fall. It's funny that I've ended up with Akita, and I think everyone's surprised, but it's part of a bigger picture. I think owning a breed is the best way to gain a more complete understanding of it, and since I am all about learning when it comes to the NK, it stands to reason that at some point I'll own all of them. Just not at the same time... I'm not that sadistic.

Rai-chan was given to me under the condition that I become an AKIHO member and show her. It was a tough decision to make, but she was a very nice pup. Anyway, she's 10 months old now, and she is a very beautiful and sweet female. All I wanted to do was experience the AKIHO ring from inside, and hopefully not end up in last place. Well, in the 'youken A' class there were 21 entries, and we were 11th.

It was great to get to see a lot of friends, domestic and international, at the Honbuten, and the weather certainly complied. Pictures are available all over the web and on FB, so I'm just putting up some of me here.

The atmosphere at the show was quite different from a NIPPO show. 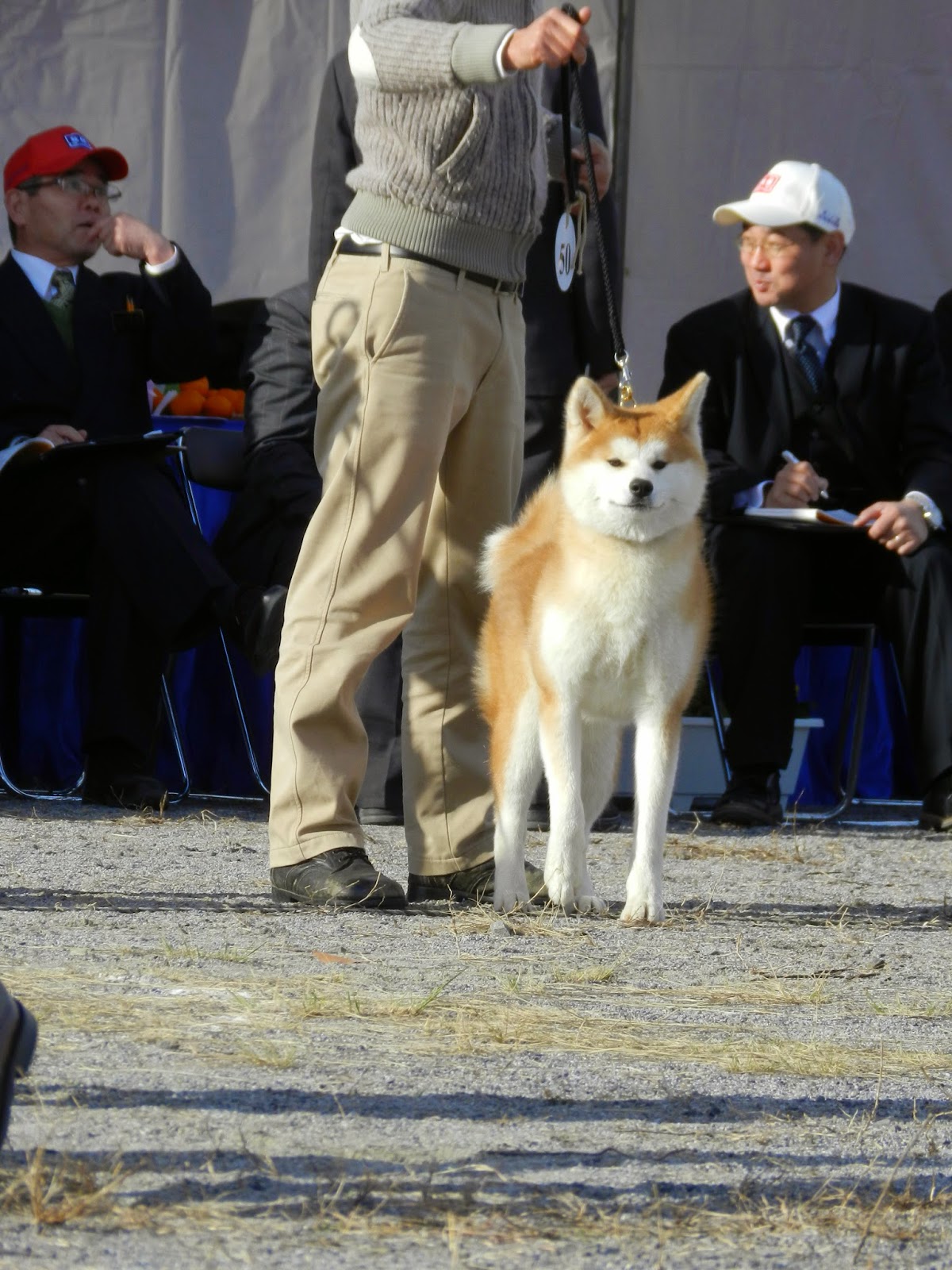 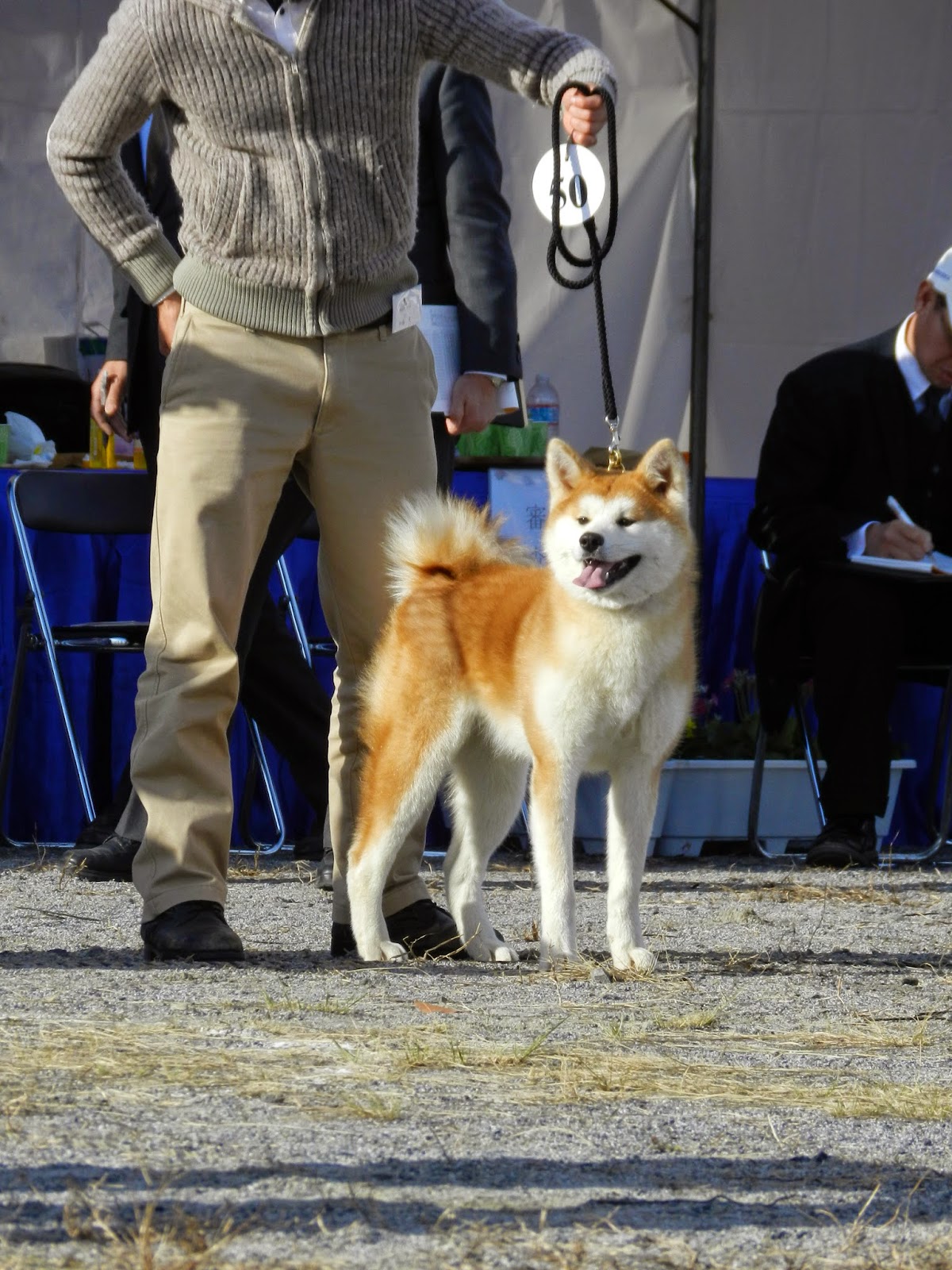 She's still growing into her ears... Here are a couple pictures of other females from the same line. 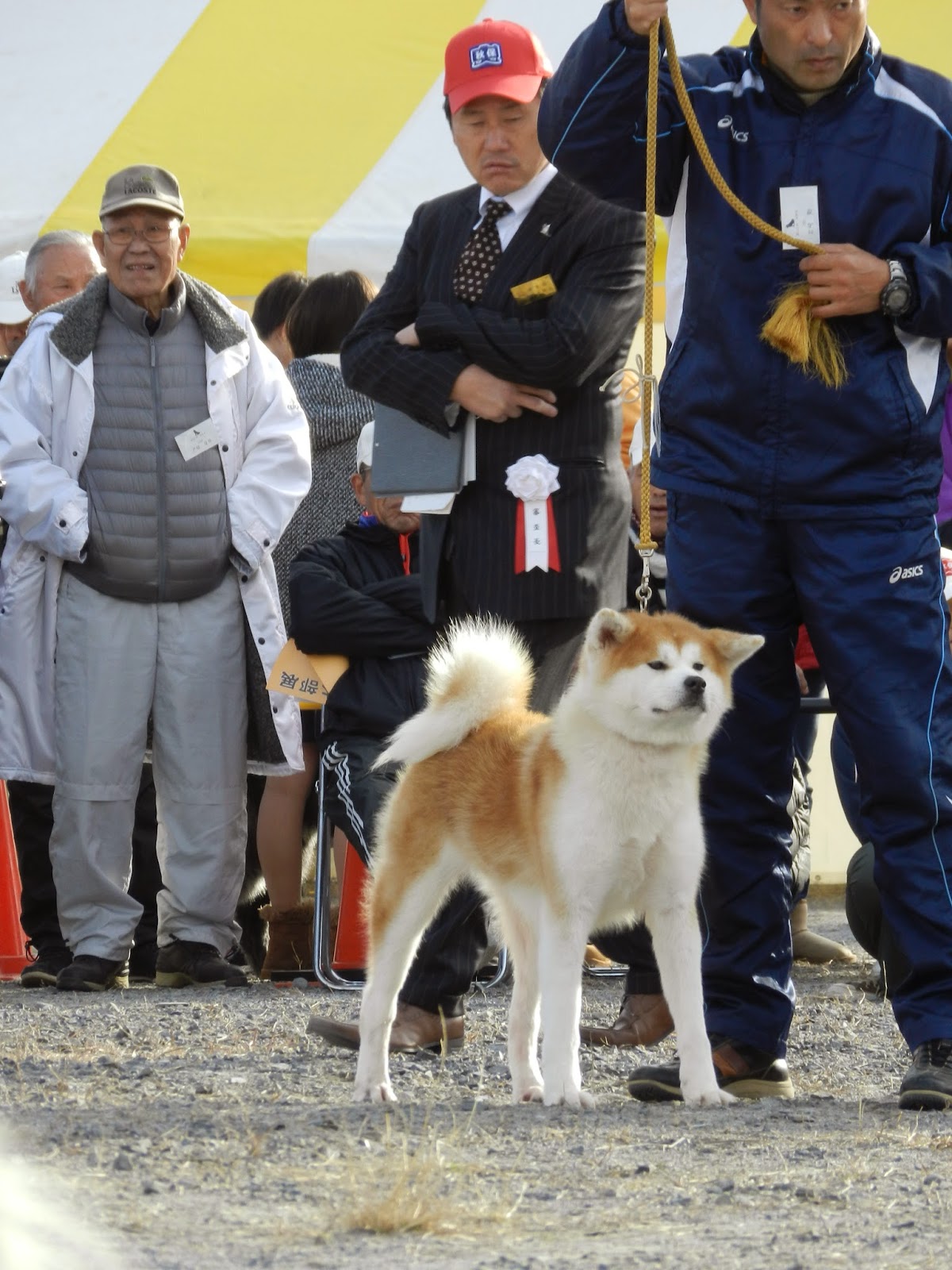 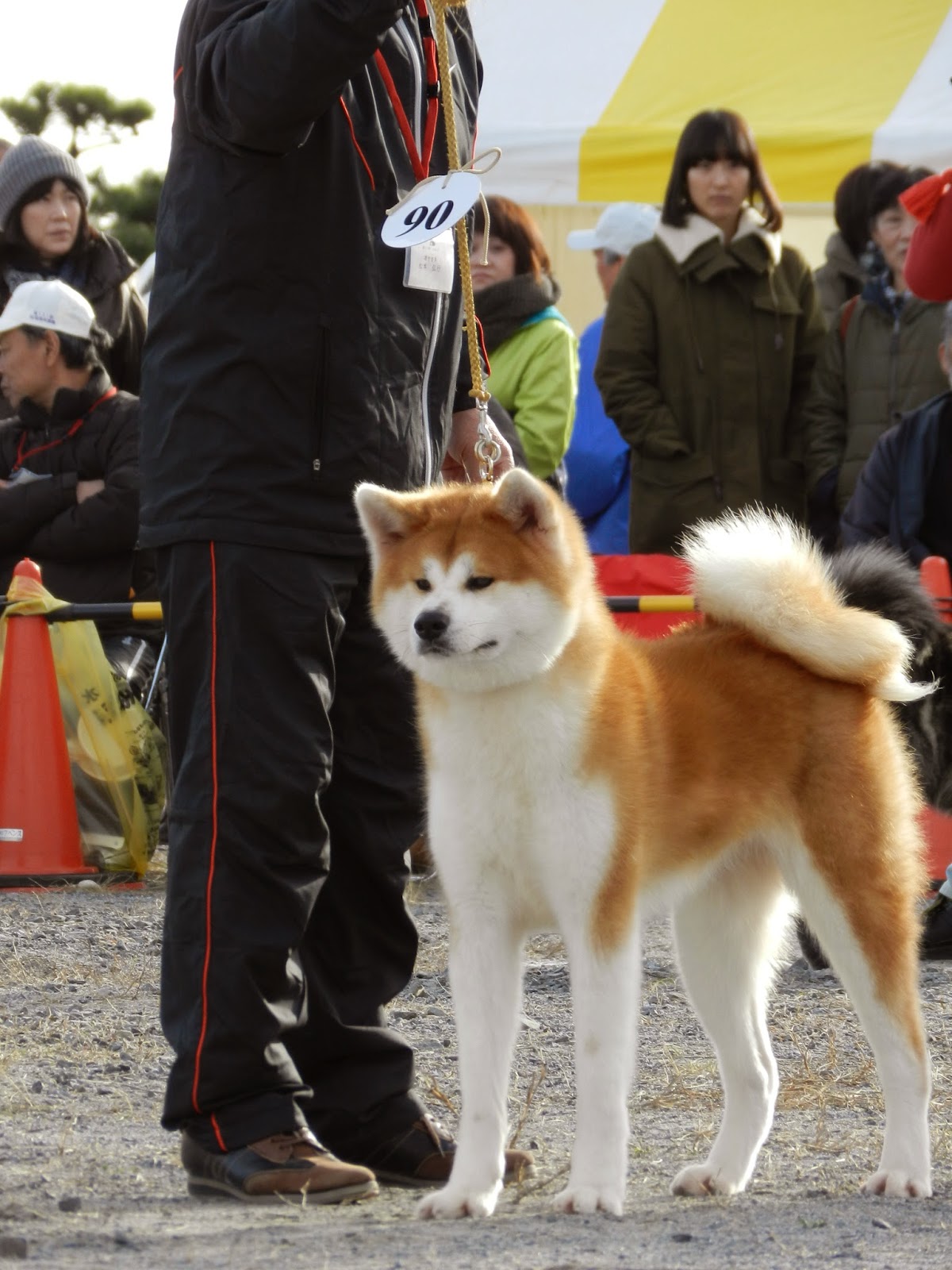 This little guy is up for grabs if anyone's interested. He's 3 months old at the moment.