When we were planning the treehouse project, they originally asked me to slaughter a boar and do a 'nabe' (sort of a Japanese stew). I agreed, but then some of the mothers from Fukushima objected to using boar due to the high levels of radioactivity boar amass by virtue of rooting around through forest debris and eating mushrooms, earthworms, etc.

So, I decided to test one of the boar I had taken a week earlier. The 'safe' level for food has been set at 100 becquerels/kg (the notion that we have a 'safe' level is ludicrous in my opinion, as the radiation shouldn't be there), and after Fukushima we have had a serious problem with rising levels in Chiba prefecture. Just over a year ago the government halted wild boar meat sales from Chiba prefecture due to an animal being tested that was over the limit. This advisory is still in place.

I've continued to hunt and eat the boar down here since due to geographics the levels of radiation down here at the tip of the peninsula have been much lower. Anyway, my boar came back at 20 bq/kg. Not a bad number, I would not have been surprised if it had been a bit higher. Still, good to know where we're sitting in regards to the radiation problem.

Our numbers don't seem to be nearly as bad as Germany's http://www.telegraph.co.uk/news/worldnews/europe/germany/11068298/Radioactive-wild-boar-roaming-the-forests-of-Germany.html  though the numbers in Fukushima are VERY bad. 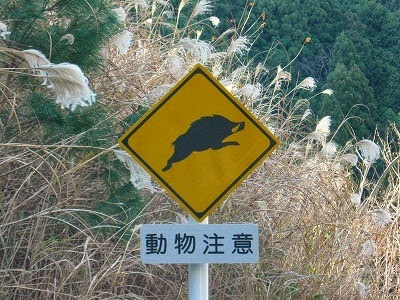