These pups are out of Kuromasa x Meme. From left to right, male, female, female. 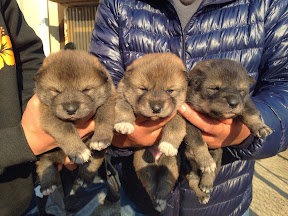 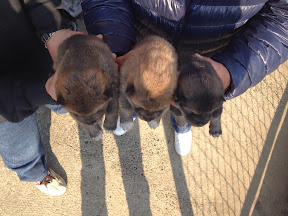 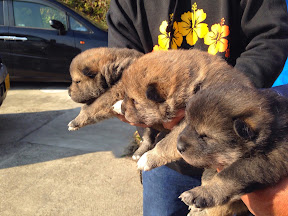 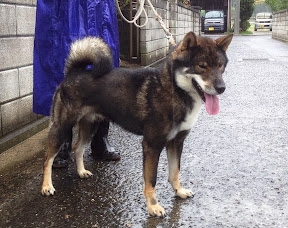 I really like this male. While he's got his faults, when you see him in person he really has a Shikokuness to him. I think he really captures part of the breed that is becoming rarer today, that aura.

The mother is Meme, from the same breeding as my Chacha, and from the same pairing as Kotofusa.
Meme took first in class at the Nippo national in the wakainu class and now last year in the Soken class.

Needless to say, these pups aren't going anywhere. Kuromasa was sent to us as a favor by his owner and a group of Shikoku breeders in Shikoku. We will be returning him soon, and hopefully we'll be able to mate him to a few more females while he's here.
Posted by Kato at 12:25 PM