So that's a backbreaker of a blog title, but it is what it is, a possible genetic nervous system disorder in the breed that I've seen or heard of in 6 Shikoku now. To date there has been no conclusive diagnosis on any of the dogs, but all have exhibited the same symptoms: hindquarter weakness, tremors, loss of coordination, head shaking, and it's degenerative (seems to lead to death at around 5 years old, with symptoms first visible sometime between 6months to 1year old).


It seems like it fits the bill for gangliosidosis, and since that's an issue that has been observed in the Shiba I've collected a DNA sample from an affected female and am sending it in for testing. 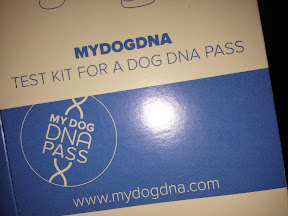 Here's what it looks like in the latter stages. This female is now 3 years old.


I this post I discuss some other health issues I've seen in the breed http://nihonken.blogspot.jp/2013/10/health-issues-in-shikoku-ken.html
Posted by Kato at 6:26 PM