I use a type of 'Daruma Stove' in the cabin. And by type, I mean the cheapest one available. The daruma stove was developed and used widely in Japan from the early 1900's and was originally designed to burn coal, though you can burn just about anything in them. They've been used for heating everything from houses to trains. 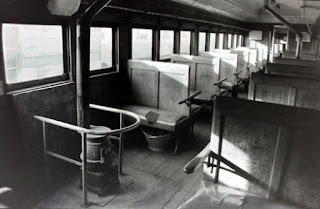 When I started renovating the cabin I was cash strapped and needed heating for the second winter. I moved in at the end of winter, so just gutted through the first one. With cracks to let everything from snakes to the cold directly into the house, it was an icebox. Anyway, come November it was time for quick thinking, and instead of spending a huge amount of money buying a traditional cast iron fireplace, I picked up a cheap daruma stove at the hardware shop for around 50 bucks. It has worked beautifully.

I originally just used brick on the wall around it, and laid sand out in a tray under it as fireproofing, but errant puppies were wont to make their way into the sand to do their business (yes, Trey, they must be cats). Tired of having to sort that out, I've just rebuilt the area, and did the end of season chimney clean.


The stove's I use are made of extremely thin metal, so do burn out after a few seasons of use. So far I had the top of one rust out a bit after 2 seasons, but I think that was because I always had a kettle of water sitting on top of it. The first one is now serving as a flowerpot outside, and number 2 is still in use (and I've been here for 4 years 4 months now).

Got tired of puppies sneaking into the sand around the fireplace to do their business #fireplace #upgrade? #cabin Brought some slabs in!
Shigeru Katoさん(@katothewalrus)がシェアした投稿 - 2017 6月 16 4:24午前 PDT