I have a lot of thanks in my heart for the Japanese breeds, and for everyone I've met through them. I don't know where I'd be if I hadn't stumbled into this world, but all I do know is that I wouldn't be where I am now.

Where I am now is sitting in front of my computer in my cabin in the hills of Tateyama, Japan, surrounded by lush green mountains, listening to the Uguisu, and I have ridiculous internet. 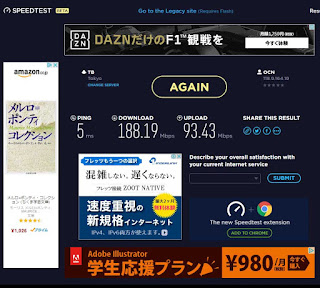 I always wanted to travel, thought about it, talked about it, never made a move to actually go anywhere (other than business or family related trips). Jetting around the world with the dogs has been quite an experience. In April I hopped over to Seattle to transport a dog for a military family that had to jet back to deal with a health crisis. It's generally cheaper to fly with a dog than to ship as cargo from Japan, since the quoted cargo price was 450,000JPY. Seattle was a chill laid back little city, and I mean LITTLE. For some reason I had an image of Seattle as some big metropolitan area, but all I found was coffee. Good coffee. I think the whole city runs on coffee. I did get to meet up with internet dog friends which was great. What do you call people that you know through a love of dogs, that you've known online for years but have never met?

I took no pictures in Seattle, but found a few on FB. 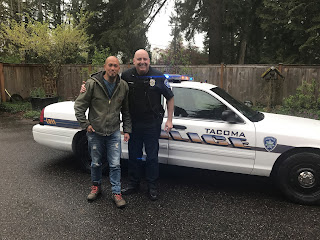 Fun ride along, no arrests. 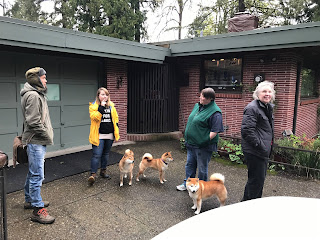 Chilling with the Shiba pack, getting barked at by the Ovcharka (Grym) in the back yard... all good.

Anyway, jetted back to Japan for a week, then took a Hokkaido pup to Amsterdam. I do enjoy the city, usually try to fly though it if I'm going anywhere in Europe. I stay for a day or two, chill, have a zip through the museums etc.

Mom: Did you take any pictures while you were in Seattle? Me: ... Mom: What about Amsterdam? Me: Yeah I took one #amsterdam
Shigeru Katoさん(@katothewalrus)がシェアした投稿 - 2017 5月 8 4:20午前 PDT


I've gotten worse at taking travel photos. I take none. Maybe if I buy myself a film camera I'll take more shots? Enter the Nikonos V. Picked up a few of these from a diving shop going under (no pun intended).

Picked up a few of these babies from a local dive shop that went under. A couple were still in mint condition, lucky me. Can't wait to get them in the water after an overhaul #nikonosv #filmphotography #indestructible (sort of) I reckon they'll be good for adventure photography
Shigeru Katoさん(@katothewalrus)がシェアした投稿 - 2017 5月 20 6:13午後 PDT

While it's unlikely that the addition of this legendary camera will encourage me to take more photographs (or raise my skills in that regard), it can't hurt. After a few days in Amsterdam it was off to Morocco for a week, chilling with my significant other and some friends, enjoying the food, markets, being inspired by the atmosphere, and getting into some proper surf. Imsouane Bay. That's some serious magic right there. And of course all I took was this video of it at high tide when nothing was happening haha.

Slacking as always on the media front. This was the only video I took of Imsouane bay, and the tide hadn't turned so it wasn't firing yet. Amazing place... had a few 1 minute rides from the point. #thrashbounce #imsouane #morocco #surfing what an amazing wave and those mountains. surf for days
Shigeru Katoさん(@katothewalrus)がシェアした投稿 - 2017 5月 26 12:02午前 PDT


I did snap some interesting video of the stray dogs in the village. This is the first time I've experienced large amounts of dogs living off leash as strays. It was very interesting to see their behaviors, and all the little stories going on in their interactions. I wonder what the Nihon Ken would be like if they were in an environment like that, and then I realize that this would be the most natural thing for them, since free ranging in mountain villages is where they came from.

Well after a week in magicland, I hoofed it back to Japan where I'm finally getting caught up on sleep and work. It's good to be home, getting back into projects and play. I'll upload video of some of the dogs I saw in Morocco later.
Posted by Kato at 7:07 PM