Sesame in the Shiba

Sesame is an officially recognized color in the breed, but it's not without it's controversy. Some say it wasn't originally in the breed (at least not the type of sesame we have today), and some say the current coloration was created by adding Shikoku to the mix. Who knows these things.

All that is certain is that there is sesame in the breed, but generally just in one line that originally comes from Shikoku.

It's a very difficult color to select for in the Shiba, so there's plenty of people that have purchased a sesame Shiba pup only to have it turn out like this. 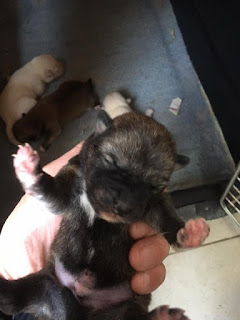 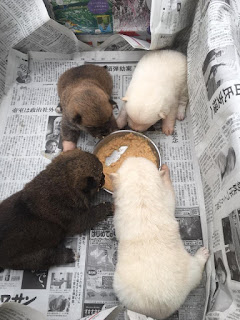 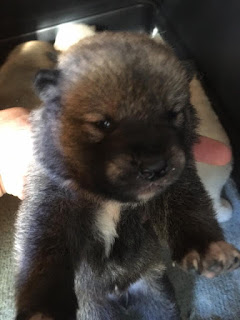 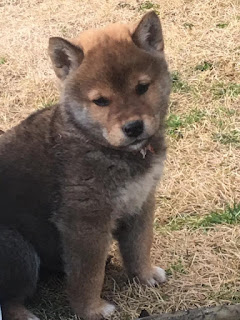 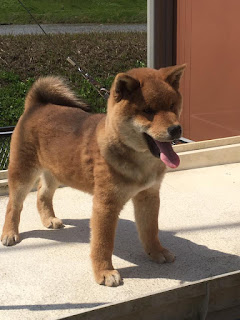 We were sure that one was going to be a sesame...
So why am I blogging this? Rare color always seems to equal a large amount of requests. So here's the answer. The odds of you getting a sesame pup is low. It will take time. And then, it's a crapshoot whether it will end up being a proper sesame (with even coloration over it's entire body).
Posted by Kato at 10:04 PM