That's probably how I'll remember this year. Not as the year we had a new emperor ascend the chrysanthemum throne, or that Japan took 4 wins in the rugby world cup and made it to the semi-finals. No, I'll remember Typhoon 15 and Typhoon 19 (we number them here in Japan).

If I blogged as much as I used to, you would know all about the carnage from Typhoon 15 hitting us smack in the face down here in Tateyama City, the ensuing week (double that for some people) of power outages, water outages, gasoline rationing (when you could find a gas station that was open), all the staples of a proper disaster. But hey, we got on with it and do what people do. We helped each other, got past the nasty bits, and now we're rebuilding. Well we were, and then Typhoon 19 (Hagibis) came through and socked Japan a good one. Luckily for us in Tateyama, it didn't come ashore in our neck of the woods (which was the initial projection). That would have been catastrophic. As it was, there were over 70 people killed all over Japan, with damage spread through multiple prefectures. This time we only lost power for 3 days.

All in all, it's kind of ruined any plans for September/October, and now the NIPPO Grand National (and the hunting season!) approaches, and my dogs and I are in no state of mind or physical shape to really compete. But, I will still go, and since I am going to Okayama I have entered 2 of my dogs. We'll see if I actually take them. I wanted to show Yoshi, but thanks to the typhoons we were unable to attend regional shows that we had sent in entries for, so didn't get a 'yuryo' (excellent) result which means he is ineligible for the national. Sorry, Yoshi. He's actually the most show ready of my dogs, so that was a bit of a bummer. 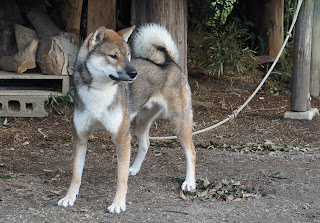 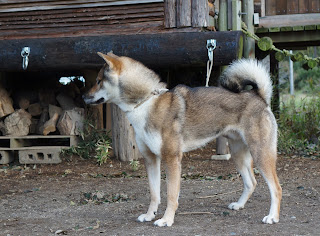 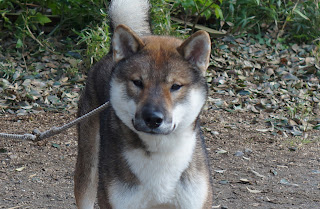 But hey, we'll keep plodding on. There's always next year. Well there are two more typhoons out there in the Pacific right now. If we're lucky they'll just go away. But you know, this year has been weird.
Posted by Kato at 6:43 PM