So the location of the NIPPO 2020 Grand National has been finalized. It was announced once, but there were problems with the venue due to damage from last years typhoons.

As originally announced it will be held in Nagano prefecture. The show will be a one day show, just like last year, and will be held on the 15th of November.

Here's the venue in relation to Tokyo 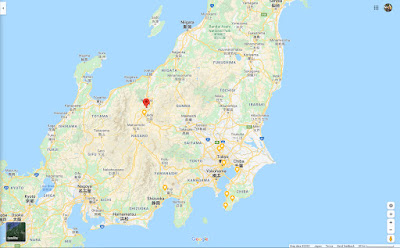 Book your flights, book your hotels! Enter some dogs! See you there!
Posted by Kato at 10:45 AM