So some massively good news has come from the new JKC Appendix system. Nestled away in the verbage I found a line stating that the JKC would also recognize 'limited registration pedigrees' from listed organizations, and allow them to be transferred to the JKC Appendix registry. 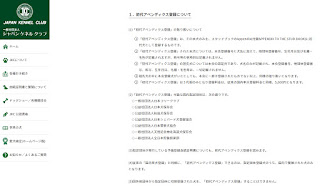 Up until this point it has been impossible to register KKA Kai with the Japan Kennel Club, since NIPPO will only give KKA dogs limited registration (which ironically is what the JKC is now doing to NIPPO dogs), and the JKC would not accept NIPPO's limited registration pedigrees to its registry. It took 3 generations of breeding in NIPPO to finally get a full registration, and then transfer to the JKC registry was possible.
Well after finding that little nugget of a line, I called the JKC registration department and pointed out that the new rule should then allow KKA pedigrees to be transferred to NIPPO, and then the limited registration would have to be recognized by the JKC, right? I just got my reply that yes, with the new rule, they would accept this process. 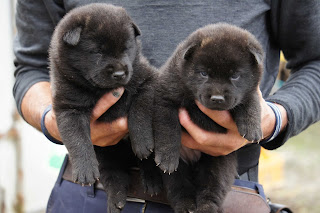 So there we have it. Starting next year, KKA (Aigokai) Kai being exported from Japan can be issued a JKC appendix pedigree. Of course this is all possible in theory, and I'll believe it when I have seen the process work (I'll do a test run first thing next year with one of my Kai). The process should work, and a JKC Appendix export pedigree should be able to be issued. This tiny bit of sunshine has taken some of the bite out of my frustration with the current FCI/JKC Appendix situation.