I want to scream this every time someone asks me for a puppy from champion parents. The NIPPO members producing the best dogs know this, the best show dog is not necessarily the best breeder. 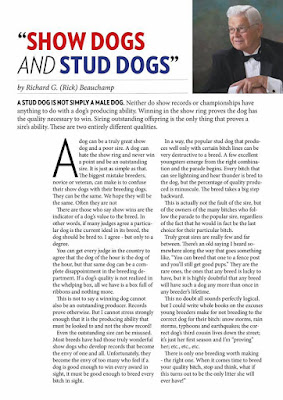 Know the breed, know what you want to produce. There are no shortcuts. You will have to work to produce good dogs, and you have to look forward, often generations forward.
Posted by Kato at 10:22 PM No comments:

For any interested parties, there's a 10 week old brindle Hokkaido female available over in the US. Take a look at the below link if you are interested! 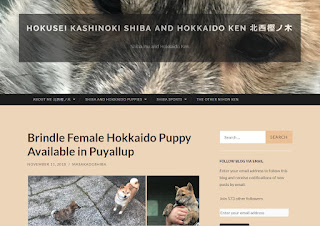 I had a comment on my last post about the survey/pledge NIPPO sent out and asked members to sign, stating that they are not (or are) members of an anti-societal group (the Yakuza essentially).
@Anonymous
Frankly, that's stupid. Members are yakuza by default unless they proclaim otherwise, and membership may be blocked for those who do not expressly sign a pledge that they're not yakuza? Including foreign members? Nobody sees that as flawed? I'm offended, honestly.

For a minute there I thought Anonymous might have a point. But I took a minute and realized that no, it's not that stupid.

Firstly, you are not yakuza by default if you don't sign the paper and send it in. You are just deciding not to reply to a request from an organization that you are willingly a member of, that has rules it is free to set. If the organization changes its membership requirements, and you choose to ignore the new requirements, well it makes sense your membership would be in jeopardy.

NIPPO is not just a breed club, it is a 公益財団法人 which roughly translated is a Public Interest Incorporated Association which gives it special tax exemptions and status. The requirements for receiving this classification are stringent, and it can be revoked. The Japanese breeds being classified as living national treasures also means the government and NIPPO have, and will continue to have, a very close relationship.

There have been issues in some (probably all) the Japanese breed clubs in the past at shows with threats of violence being made, judges threatened, rumors of attempted bribery, that sort of thing. I believe AKIHO had so many problems at one point that the government shut down their shows until they got their house in order.

The place of the Yakuza in Japan, it's history etc is fascinating, and they are many good books on the subject so I won't delve into anything serious here. All I will say is that the national government is continually moving toward the removal of the Yakuza's influence in all spheres of Japanese society. This move to clear any influence they may have out of NIPPO is not surprising.

To clarify here, NIPPO has not said that if you don't send the form in, that your membership cannot be renewed. That is just one thing I heard they might consider. At this point all that's happened is that since only around 60 percent (or something like that) of NIPPO members bothered to take the time to send the form back in, there will be no prime minister's award at this year's grand national.

If you're a NIPPO member and have grievances about something, there is a yearly meeting open to all members (or their proxies) to bring up topics of concern. For a while now I have been hoping that with the increase in overseas members and interest in the breeds overseas, that NIPPO would do more to publish important items and information in English.
Posted by Kato at 11:49 AM 2 comments: