So I've slacked in that 2 litters are on the ground at my house, but I have posted nothing about them on the blog. Oops. They are on my Instagram feeds though.

Anyway, here is the Vega x Momo litter at 30 days old. The mating was natural. Threw Vega and Momo together, they did all the humping. The birth was natural, Momo did all the work. Quite happy with my kennel camera system, as I was on my way home and saw the first pup pop out while I was still 30 minutes away. I sat with Momo and watched the rest enter the world while having a nice bento. In a world where there are so many breeds that 'need help' to mate, and are unable to give birth naturally or on their own, I find it refreshing to have a litter like this. It seems, well, right. 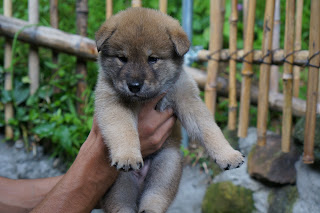 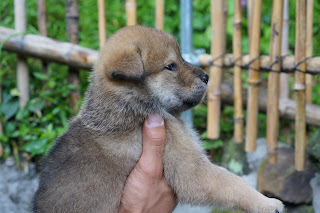 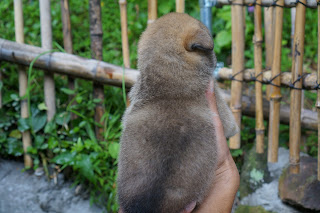 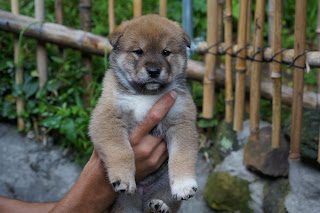 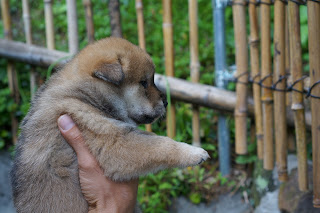 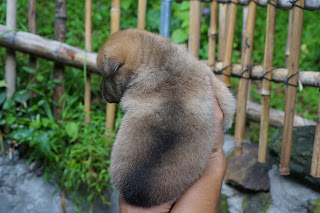 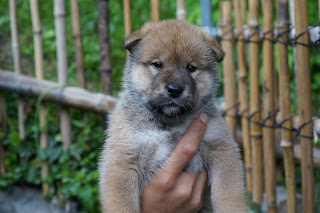 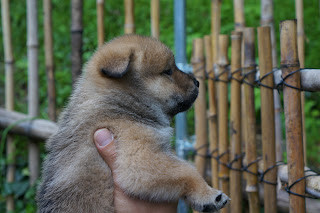 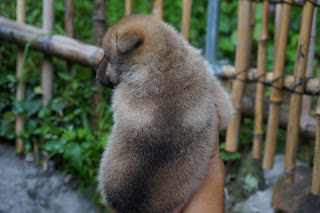 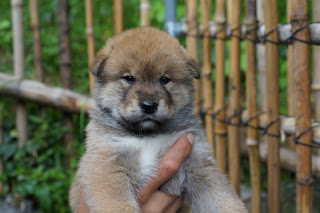 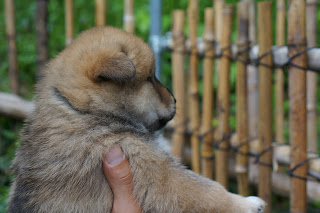 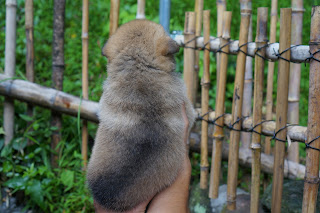 I've been taking regular videos of them as they mature, which hopefully I will have time to edit and put up on the blog to help people evaluate their NK litters. 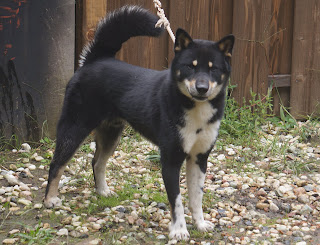 So a bit of a rarity here today. This is Taka, a black and tan Shikoku, and he has a sashi-o (pointed tail, or sickle tail). He's only the second sashi-o Shikoku that I've seen, the other being Kuromasa (Masamine's sire). I figured I would snap some pictures to have on record, and to show that this is tail type that is correct and present in the breed. While we're at it, we can talk about some of the other aspects of this male. 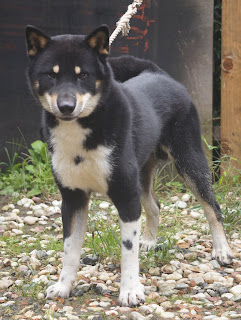 He's a smaller male, around 50cm ish, but has a lot of bone as you can see. He's got a very masculine head going on, eyes are set back in the skull very nicely (oku-me). 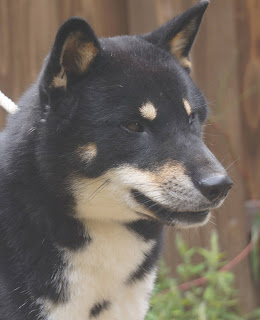 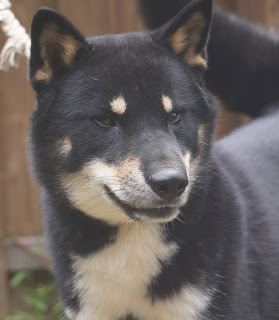 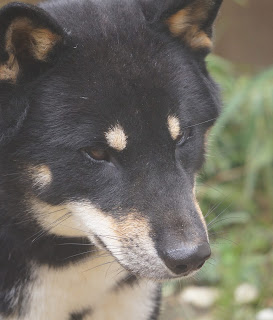 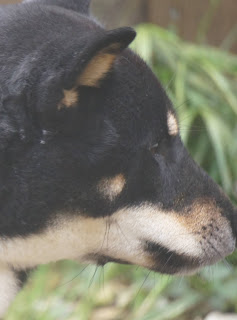 You can see he's got white coming up too far on his front legs (it's only allowed up to the elbow), and he's got quite a bit of flecking which is something else we don't want. He's got really nice eye and cheek markings. See how in the circular markings there is red, fading to white? Eye and cheek marking should be like that. You don't want them completely red, or completely white. 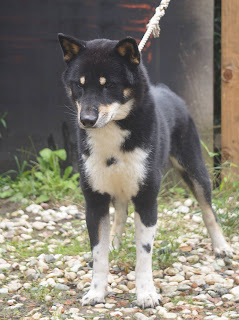 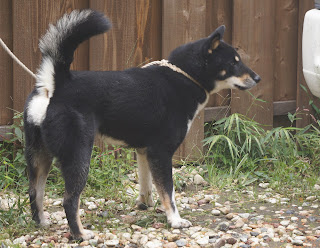 In the picture above you can see that in profile his muzzle ends in a bit of a point, and the lower jaw is a bit hidden. That's not entirely preferable, but not terrible. Just being aware of things like this is important so you can select away from it in the next generation. Another thing I'd point out is that the white urajiro on the tail is coming through very nicely toward the end of the tail. In many black and tan dogs you'll see they don't have white extending far enough toward the tip.
Taka was owned by an old timer (and friend) that has been in the Nihon Ken for longer than I've been alive. This gentleman has taken best in show at the NIPPO grand national, and he's owned/bred Shiba, Kishu, and Shikoku. Over recent years his niche was hunting with his black and tan Shikoku (he owns three of them). Alas, the years catch up to all of us, and this gentleman's wife had to go into care. He's unable to reliably care for 3 adult Shikoku, so I took Taka in to find him somewhere to go. Luckily, it only took a few days.
Posted by Kato at 9:32 PM 5 comments:

I've always loved dogs with a bit of speed on them, and like the concept of the Lurcher, a non-pedigreed working dog, bred to purpose. Just stumbled on a video of this great team of dogs, ferrets, and human, working in tandem to hunt rabbits. An old style of hunting that is still as relevant as it ever was.